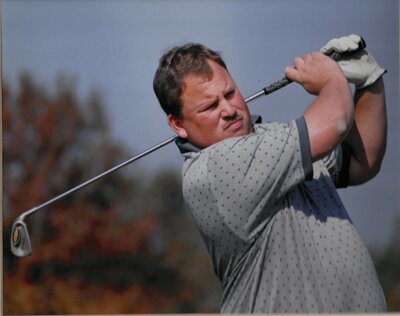 Please share a memory of Clyde to include in a keepsake book for family and friends.
View Tribute Book

**The service will start later than expected to allow all guests to pay their respects to the family.**

Clyde Denver Lantz II, age 54, of Buckhannon, WV was called to his heavenly home on Monday, December 26, 2922. He was born April 18, 1968, in Buckhannon, the son of Marilyn Dawson Walton and husband Jim and Clyde D Lantz Sr. and wife Sharon. On January 30, 1993, he married Tricia Braine who survives. Also surviving are one son, Zachary Stephen Lantz of Morgantown; two daughters, Abby Elizabeth Popish and husband Patrick of Hedgesville, WV and Jayme Lyn Lantz of Morgantown. He is also survived by one sister, Rachel Allison Henley and husband Jason of St. Albans, WV; his father and mother-in-law Robert and Joan Braine of Buckhannon, two sisters in law, Tracy Braine Sayre and husband Kenny of Scott Depot, WV, and Jennifer Anderson and husband Chris of Japan; one stepbrother Chris Stanton of Virginia and one stepsister, Marie Stanton of Buckhannon, along with several nieces, nephews, and cousins. Clyde was a graduate of Buckhannon Upshur High School and the Golf Academy of the Carolinas, where he received an associate degree in Golf Course Management and Teaching and completed the qualifier to be licensed as a Class A Golf Professional. He worked as an assistant Golf Pro at the Peninsula Club in Lake Norman, NC and the Greenbrier Resort in White Sulphur Springs, WV. Clyde and Tricia then made the decision to return home to Buckhannon to raise their family. Clyde worked for Ntelos in the Middletown Mall, Elkins, and Buckhannon locations. Clyde then became manager and later owner of West 33 Sales in Buckhannon. Clyde also served as Coach of the BU High School Golf Team from 2013 the 2017.  If you knew Clyde, you know he had a very strong faith and love for his Lord and Savior Jesus Christ, followed closely by his love and devotion to his wife Tricia and their children. For several years he and Tricia could be found volunteering, and attending every boys and girls soccer game, girls track, girls Lacrosse and driving the equipment truck for the BU Band. His children were what he lived for. Clyde was a member of South Buckhannon Mission Church and served as trustee and member of the building committee during construction of the new church building. Friends will be received Saturday, December 31, 2022, from 12 PM until 2 PM at the South Buckhannon Mission Church. A funeral service will follow at 2 PM with Pastor Ed Lowther officiating. In honoring his wishes, Clyde will be cremated after the services. In lieu of flowers donations can be made to the funeral home to help with funeral expenses. Online condolences may be made to the family at www.polingstclair.com. Poling-St. Clair Funeral Home is in charge of the arrangements.

Share Your Memory of
Clyde
Upload Your Memory View All Memories
Be the first to upload a memory!
Share A Memory
Plant a Tree