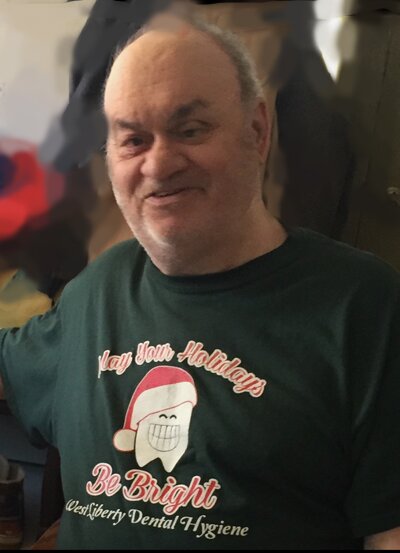 Obituary of Bobbie Worth Zirkle

Please share a memory of Bobbie to include in a keepsake book for family and friends.
View Tribute Book

Bobbie Worth Zirkle, age 75, of Crawford, WV, died Thursday, December 22, 2022, at his home. He was born March 17, 1947, in Buckhannon, WV, a son of the late Ishmael Worth and Margarite Virginia Harris Zirkle. In addition to his parents, he was preceded in death by two brothers, Larry and Terry Zirkle and one sister, Marilyn Simmons. He is survived by friend, Lisa Jo Elmore of Crawford; one brother, Roger Zirkle and wife Laurie of IA; one sister, Roberta Lee and husband Gerald of NC and several nieces and nephews. Mr. Zirkle served in the U.S. Marine Corp during the Vietnam War. For the last 20 plus years he lived in the home of Lisa Elmore, whom he referred to as Mrs. Zirkle, and was made part of the family. He considered her family his family. Bobbie enjoyed watching her kids grow up and being a part of their lives, spoiling them any chance he could. He loved to hunt in his younger days. Friends will be received Friday, December 30, 2022, from 11 AM to 1 PM at the Poling-St. Clair Funeral Home. A funeral service will be held 1 PM Friday at the funeral home with Pastor J. Edward McDaniels officiating. Burial will follow in the Oak Grove Cemetery in Kanawha Head, WV. Online condolences may be made to the family at www.polingstclair.com. Poling-St. Clair Funeral Home is in charge of the arrangements.

Share Your Memory of
Bobbie
Upload Your Memory View All Memories
Be the first to upload a memory!
Share A Memory
Plant a Tree