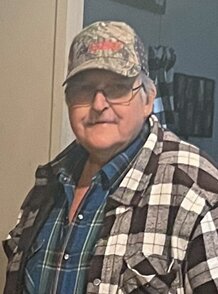 Please share a memory of Ralph to include in a keepsake book for family and friends.
View Tribute Book

Ralph Junior Davis, age 67, of French Creek, WV, died Thursday, October 6, 2022, at the University of Virginia Hospital in Charlottesville, VA. He was born October 2, 1955, in Randolph County, WV, a son of the late Ralph and Ida McCauley Davis. On October 24, 1986, he married Lucy Mae Warner who preceded him in death on January 6, 2021. In addition to his parents and wife, he was preceded in death by two sisters, Elnora and Angeline Davis and one brother, Charles Davis. Surviving are four sons, Ralph Scott Davis and wife Karen, Kenny Davis and wife Leona, Josh Davis and wife Danielle and James Streets; one daughter, Amanda Garver and husband Todd; 16 grandchildren and great grandchildren; one sister, Linda Carpenter and husband Lonzo and his fiancée Susan Layton. Mr. Davis was a truck driver in the oil and gas industry and a member of the Beech Mountain Sportsman’s Club. In honoring his wishes, Mr. Davis will be cremated. A private memorial service will be held at a later date. Online condolences may be made to the family at www.polingstclair.com. Poling-St. Clair Funeral Home is in charge of the arrangements.

A Memorial Tree was planted for Ralph
We are deeply sorry for your loss ~ the staff at Poling - St. Clair Funeral Home & Crematory
Join in honoring their life - plant a memorial tree
Online Memory & Photo Sharing Event
Online Event
About this Event

Share Your Memory of
Ralph
Upload Your Memory View All Memories
Be the first to upload a memory!
Share A Memory
Plant a Tree