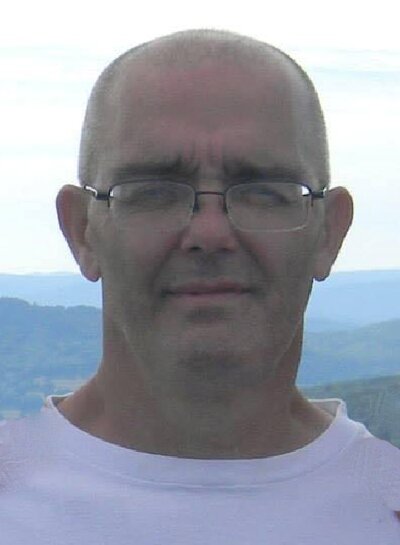 Obituary of John A. DeGarmo

Please share a memory of John to include in a keepsake book for family and friends.
View Tribute Book

He was born May 25, 1961, in Canaan WV, a son of the late Herbert E. DeGarmo and Madalene Anita Nutter.  He was the 8th child of ten children. Surviving are three brothers, Jim DeGarmo of Austin Texas, Ed DeGarmo and his wife Carla of Gassaway, and Skip DeGarmo of Buckhannon and three sisters, Barbara Alherimi and husband Naim of Slidell Louisiana, Sharon DeGarmo of San Carlos of California, and Sandy Williams and husband Ron of Buckhannon, several nieces and nephews and even more great nieces and nephews.

In addition to his parents, John was preceded in death by one brother Charles “Mike” DeGarmo, and two sisters, Karen Sue Boyles and Catherine Marie Simons.

John attended Buckhannon-Upshur High School where his focus was art.  Later in his life he attended the Fred Eberle Technical Center.  He worked at Kroger for many years, ETI Industries (CLOW), and Lowes in Buckhannon.

John led a life of service where his greatest satisfaction came from doing quiet acts of service for family and neighbors. You could always find him working on a project around his house.  He loved to decorate his house for the holidays, especially Halloween and Christmas.  He dedicated many hours to the Upshur County Emergency Squad and the Upshur County Historical Society.  John served a two-year mission in Los Angeles, California for his Church.  He was a member of the Church of Jesus Christ of Latter-Day Saints.

The family would like to express their sincere gratitude to the team of doctors and nurses who work in the Medical Intensive Care Unit at Ruby Memorial Hospital for their incredible care and compassion during John's final hours.

In honoring John’s wishes, he will be cremated and a private family service will be held at a future date.

Online condolences may be made to the family at www.polingstclair.com. Poling-St Clair Funeral Home is in charge of the arrangements.

A Memorial Tree was planted for John
We are deeply sorry for your loss ~ the staff at Poling - St. Clair Funeral Home & Crematory
Join in honoring their life - plant a memorial tree
Online Memory & Photo Sharing Event
Online Event
About this Event