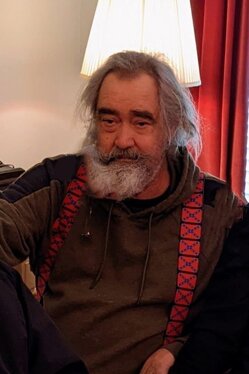 Larry Jene Zirkle, age 72, of Mabie, WV died Sunday, February 13, 2022, at the St. Joseph’s Hospital in Buckhannon, WV. He was born October 25, 1949, in Alton, WV, a son of the late Ishmael and Margarite Harris Zirkle. On August 5, 1978, he married Leona Cross who preceded him in death on December 10, 2019. In addition to his parents and wife, he was preceded in death by one sister, Marilyn Simmons and one brother, Terry Zirkle. Surviving are two sons, Samuel Zirkle and wife Faye of Buckhannon and Jimmy Lee Davis of PA; five daughters, Ruth Davis of PA, Amy Flanagan, Kathy Reed and husband Ron and Robin Schadt and husband Gerald all of Buckhannon; granddaughter, Amanda Vance of Weston, WV; grandson, William Harley McCauley of Weston; several more grandchildren, numerous great grandchildren; one great-great granddaughter; one sister, Roberta A. Lee and husband Gerald of Carthage, NC; six brothers, Bobbie Zirkle of Rock Cave, WV, Roger Zirkle and wife Laurie of Panora, IA, Bruce Ryan and wife Nancy and Jim Bibey all of Elkins, WV, Arnold Hawkins of Buckhannon and Charlie Bohan of Junior, WV and several nieces and nephews. Larry served in the U.S. Army during Vietnam. He was a life member of the Upshur County Beagle Club, the Tygart Valley Muzzleloader Club and the ABA Appalachian Bowhunters Association. Larry was a drywaller and was considered by many as one of the best around. Friends will be received Saturday, February 19, 2022, from 5 to 9 PM at the Poling-St. Clair Funeral Home. A funeral service will be held 1 PM Sunday at the funeral home. Burial will follow in the Indian Camp Church Cemetery in French Creek, WV. The Upshur County Honor Guard will conduct military honors at the graveside. Online condolences may be made to the family at www.polingstclair.com. Poling-St. Clair Funeral Home is in charge of the arrangements.