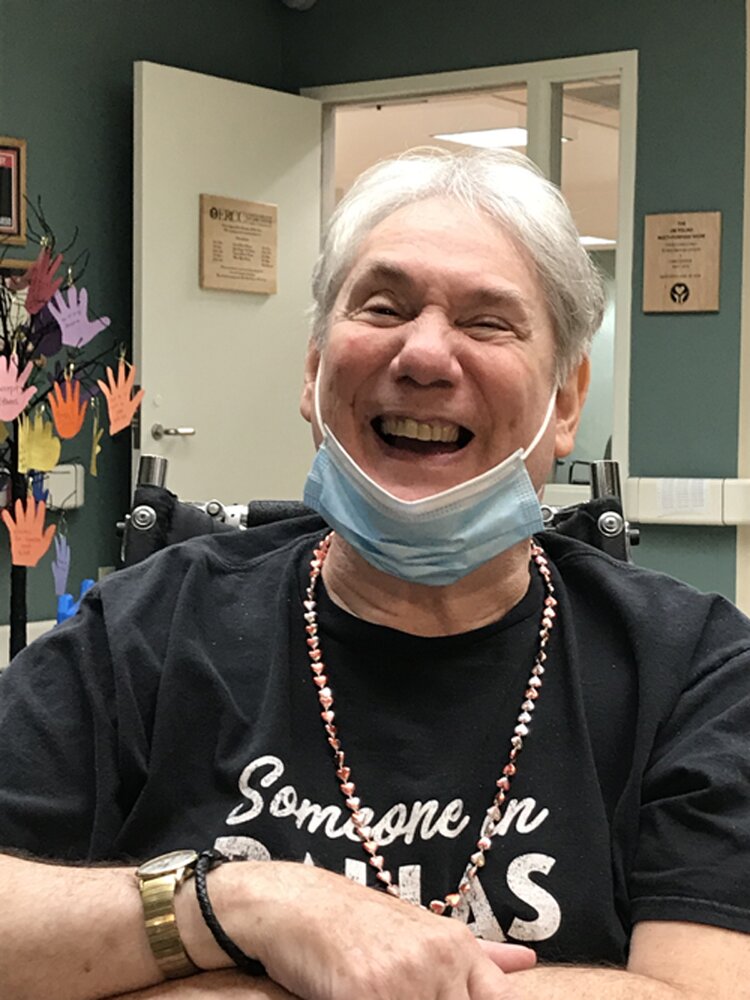 Please share a memory of Mark to include in a keepsake book for family and friends.
View Tribute Book

Mark H. Harkins, 66, died suddenly on Dec 17, 2021 at Davis Memorial Hospital, Elkins, WV. Mark was born on August 11, 1955 in Buckhannon, WV to the late Henry and Evelyn Taylor Harkins. At an early age he was diagnosed with Cerebral palsy accompanied by limited learning ability. Despite these afflictions, he managed to live quite a fulfilled life. In the early 1960’s he spent several years in residence at the Children’s Hospital in Pittsburgh and later attended special classes in the Buckhannon schools. He lived with his parents until the death of his mother in 2017 at which time, he became a resident of Elkins Rehabilitation and Convalescent Center (ERCC). Mark was a long time lover of animals, especially horses, insects, birds and dinosaurs. One of his most favorite places was to spend time at the French Creek Game Farm, where he came to know most of the animals who resided there. He also enjoyed family outings at Audra State Park. He had a great sense of humor and loved a good joke or riddle. Early in life he began giving most of the family members nicknames (Mustang, Cricket, Crissy, Jet-Action, etc) which have still lasted over many years. In addition to his parents, he was predeceased by his sister, Jane Oelkers, his Aunt, Eileen T. King and uncle, Charles N. (Bud) Taylor. Mark is survived by his sister, Melinda Little of Laurel MS, brother-in-law, Bill Oelkers of Hickory, NC; and nieces and nephew, Jennifer Gardner (Bill), Laura Morse (Rick), and David Lindner (Theresa); and three great nieces: Jessica Lindner, Allison Tice, and Katie Tice. He is also survived by numerous King and Taylor family cousins. The family wishes to thank the staff at ERCC for their loving care and support of Mark during the past four years. We also want to thank the many friends and neighbors in Buckhannon who looked out for Mark and supported him with visits, special food treats, and good will, especially, the late Rev. Billee Mick of First Methodist Church, Buckhannon, who was a faithful visitor, even in his retirement. We also want to thank cousins Beth Taylor and Tara Taylor Stevens for their love and support for Mark over the years, but especially while he was at ERCC. The family will receive friends from 11 AM until 12 noon on Thursday, Dec. 30, 2021, at Poling-St.Clair Funeral Home in Buckhannon., followed by a memorial service at noon. Burial will follow in the Heavner Cemetery in Buckhannon. In lieu of flowers, please consider a gift in Mark’s memory to ERCC. Gifts may be sent to: Memorial Fund, ERCC, 1175 Beverly Pike, Elkins, WV 26241. Online condolences may be made to the family at www.polingstclair.com. Poling-St. Clair Funeral Home is in charge of the arrangements.

Share Your Memory of
Mark
Upload Your Memory View All Memories
Be the first to upload a memory!
Share A Memory
Plant a Tree