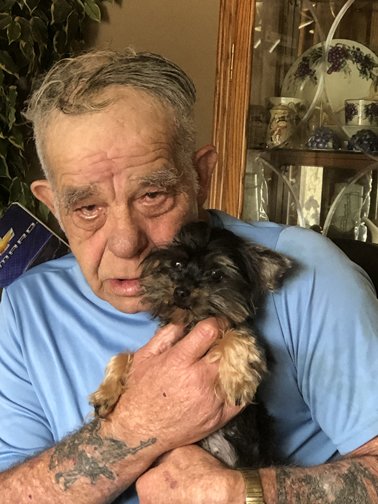 Obituary of George A. Kowalkoski

George A. Kowalkoski, age 68, of Buckhannon, WV, died Wednesday, August 11, 2021, at his home. He was born October 13, 1952, in Upshur County, WV, a son of the late George Anton Kowalkoski and Pauline Morrison-Campbell. On February 14, 2016, he married Sandra Sponaugle who survives of Buckhannon. Also surviving are, two sons, Phillip and Robert Kowalkoski both of Buckhannon; one daughter, Veronica Peters of Grafton, WV; three step-daughters, Cynthia Betler and husband Eric of Helvetia, WV, Samantha Sponaugle and Jamie Farnsworth and partner James Smith all of Buckhannon; five step-sons, Ricky Farnsworth, Rusty Farnsworth and wife Whitney, Ryan Farnsworth and Rodney Farnsworth and wife Lexe all of Buckhannon and Richard Farnsworth and wife Becky of Philippi, WV; several grandchildren; one sister, Barbara Fisher and husband Jim of Buckhannon; several nieces and nephews and his beloved dog, Misty. In addition to his parents, he was preceded in death by his brother, Michael Kowalkoski. Mr. Kowalkoski was a truck driver who loved to hunt and fish. He was a jokester who enjoyed making everyone laugh. In honoring Mr. Kowalkoski’s wishes, he will be cremated. Online condolences may be made to the family at www.polingstclair.com. Poling-St. Clair Funeral Home is in charge of the arrangements.

A Memorial Tree was planted for George
We are deeply sorry for your loss ~ the staff at Poling - St. Clair Funeral Home & Crematory
Join in honoring their life - plant a memorial tree

Share Your Memory of
George
Upload Your Memory View All Memories
Be the first to upload a memory!
Share A Memory
Plant a Tree