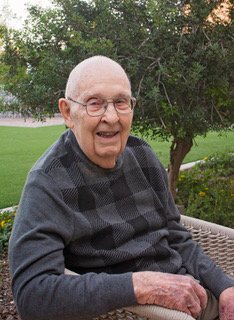 Lawrence Leo Fallon, age 89, of Arizona, died Tuesday, July 6, 2021. He was born January 30, 1932, a son of the late  Paul Wesley (Jack) Fallon and Opal Virginia (Shreve) Fallon. In addition to his parents, he was preceded in death by his wife, Joanne (Peterson) Fallon; one son, Lawrence (Larry) Wesley Fallon; one sister, Donna Sue (Fallon) Gould and one brother, Ronald Ray Fallon. He is survived by one daughter, Sheila (Fallon) Watson and husband Damon of Goodyear, AZ; two grandsons, Adam Prosak of Renton, WA and Aaron Prosak and wife Meredith of Fall Branch, TN and their daughter, Corrine Lily Prosak; one sister, Judy (Fallon) Wilson and husband Al Wilson and their children, Skip and Jason Wilson; two brothers in law, Terry Gould  of Buckhannon and his children, Kenneth and Kevin Gould and Kenneth Peterson and wife Karen of Conway, SC and their children Scott, Rick and John Peterson and many beloved great nieces and nephews; one sister in law, Kae (Peterson) Smith and husband Jerry of Houston, PA and their children, Brian and Mark Smith; his beloved cousins, James (Jimmy) Helms and wife Marilyn of Tyler City, WV, Carmen Shepherd and husband Tim of New Martinsville, WV, Brenda Stire of Bridgeport, WV and their children Chad, Dusty and Renee Shepherd and Daniel, Brandy, Brittany Stire and their families; invited son and best friend to Son, Larry, Thomas Christie and wife Denise of Hiram, OH and invited grandchildren, Alex and Katrina Christie. Leo was born in Mt. Nebo, WV. His early years on the farm did not include electricity or running water and transportation was by horse and wagon. His early schooling was in a one room schoolhouse. His family moved to town in Buckhannon, WV so that Leo could attend Buckhannon Upshur High School. He graduated in 1950. He served in the US Navy as a radio operator. He graduated from Glenville State College, majoring in Mathematics Education and earned a master’s degree in Educational Administration from University of Florida. He taught Mathematics at South Amherst High School from 1959 to 1964. He also taught Mathematics at Northeast High School in St. Petersburg, Florida and served the Georgia Department of Education as a Mathematics Consultant in Montezuma, GA. In 1969 he returned to South Amherst serving as the Principal of South Amherst Elementary School from 1969 to 1980 and Superintendent of South Amherst Local School District from 1980 until his retirement in 1986. He enjoyed traveling to visit friends and family. He spent many hours fishing with beloved friends and family and for many years organized a fishing trip to Canada where he passed his love of the outdoors to the next generation of family members. In his later years he and Joanne enjoyed living at the Commons of Providence in Sandusky, OH. At the time of his passing, he was living in Goodyear, AZ to be near his daughter, Sheila. He enjoyed his final two years at Robson Reserve at Pebble Creek where he enjoyed several friends and playing Wii Bowling and Mexican Train Dominos. A Memorial Gathering will be held Saturday, August 14, 2021, from 12 Noon until 2 PM at the Poling-St. Clair Funeral Home with a memorial service beginning at 2 PM. Burial will follow in the Peterson Cemetery in Weston, WV. The family requests that there be no monetary donations, but to take time to treat your family and share your memories of Leo and share the lessons that he taught you, with the next generation. Online condolences may be made to the family at www.polingstclair.com. Poling-St. Clair Funeral Home is in charge of the arrangements.

Share Your Memory of
Lawrence
Upload Your Memory View All Memories
Be the first to upload a memory!
Share A Memory
Plant a Tree