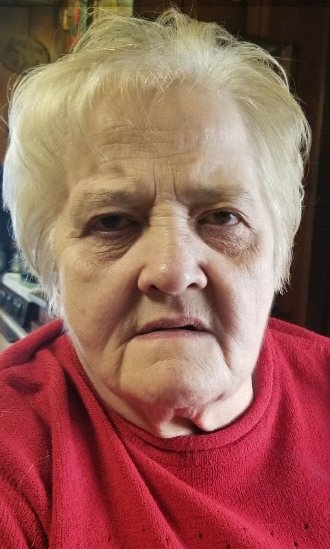 Shirley Ann Landis, age 72, of Cutright Chapel, WV, died Saturday, October 3, 2020, at her home. She was born July 10, 1948, in Upshur County, WV, a daughter of the late Dorn Louis and Virginia Dawson Westfall. On April 3, 1970, she married Larry Roger Landis who survives. Also surviving are two sons, Benjamin Noble Landis and wife Amanda of Queens, WV and Joseph Roger Landis and wife Rickie of Indian Camp, WV; three daughters, Shannon Wagoner and husband Charles of Trubie Run, WV, Effie Tenney and husband Doyle of Tallmansville, WV and Ivy Landis and fiancé Jeremy Phillips of Buckhannon, WV; four grandsons, Larry and Dewaine Wagoner both of Trubie Run, Dylan Landis of Queens and Jaiden Landis of Indian Camp; seven granddaughters, Rushia Tenney of Queens, Shai Landis of Indian Camp, Haley Landis of Queens, Kiley Landis of Indian Camp, Charity Tenney of Tallmansville, WV, Emma Phillips of NC and Destinee Blaine of NC; two great-grandsons, Dawson Light of Queens and Braydon Lofty of NC; one great-granddaughter, Oakley Lofty of NC; one great-grandchild on the way; two brothers, Frank Westfall of Pensboro, WV and Roger Westfall of Ten Mile, WV and four sisters, Mary Russell of Cutright Chapel, Marlene Wagoner of Tallmansville, Wilma Kelley of Salem, VA and Carol Sue Spotloe of Cutright Chapel. In addition to her parents she was preceded in death by one brother, Dorn Westfall and her son Shawn Christopher Landis. Mrs. Landis worked as a seamstress for Modern Manufacturing and was a member of the Cutright Chapel Church. She adored spending time with her family. Friends will be received Tuesday, October 6, 2020 from 4 to 8 PM at the Cutright Chapel Church. A funeral service will be held at the Church Wednesday at 11am with the Rev. Brad Tenney and Rev. Scott Spotloe officiating. Burial will follow in the Ten Mile Baptist Church Cemetery in Ten Mile, WV. Friends are invited to join the family after the services for a covered dish meal at Larry’s house. Online condolences may be made to the family at www.polingstclair.com Poling-St. Clair Funeral Home is in charge of the arrangements

Share Your Memory of
Shirley
Upload Your Memory View All Memories
Be the first to upload a memory!
Share A Memory
Plant a Tree