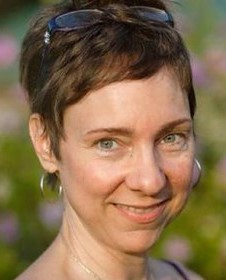 April Dawn Pierson-Keating, age 52, of Buckhannon, WV, died Saturday, September 28, 2019 at the United Hospital Center in Bridgeport, WV. She was born April 27, 1967, in Charleston, WV, a daughter of the late Derek and Iris White Bell. She is survived by her husband, Bernard Keating of Buckhannon; two sons, Pierson Keating of North Hollywood, CA and Thomas Keating of Buckhannon; one daughter, Laura Keating of Boston, MA; four sisters, Liz Bell of MI, Terry Bell of Ypsilanti, MI, Laura Pierson of Chicago, IL and Karin Pierson of Traverse City, MI and a companion, Kevin Campbell of Adrian, WV. Mrs. Pierson-Keating is the founder of the Mountain Lakes Preservation Alliance, the Buckhannon Riverfest and a founding member of POWHR (Preserve Our Water Heritage and Rights). She was a board member of the Buckhannon River Watershed Association, a board member of ICARE which is a cancer research group, a board member of the WV Environmental Council, a member of the Sierra Club, the WV Highlands Conservancy and the Ohio Valley Environmental Council. Mrs. Pierson-Keating received the Buckhannon BEST Award on May 14, 2019. In addition to her accomplishments listed above, Mayor McCauley stated this in his City’s BEST Award proclamation, “Mrs. Keating is a supreme protector of our environment. She is a lobbyist for clean water at both our state & federal governments, a participant in Buckhannon’s Community Unity & Kindness Day, the Equality march, the Science march, and other awareness activities. April is a fervent advocate for clean energy adoption and acceleration, a charter member of Create Buckhannon and a member of SUBA. April Keating has helped us all in our B-U community to be happier and healthier in many ways”. A memorial service will be held at a later date. Online condolences may be made to the family at www.polingstclair.com. Poling-St. Clair Funeral Home is in charge of the arrangements.

Share Your Memory of
April
Upload Your Memory View All Memories
Be the first to upload a memory!