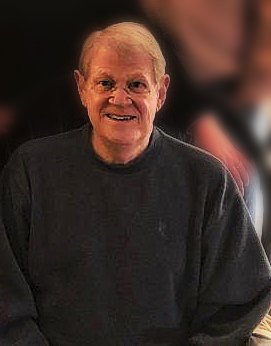 David Marple Cartwright, Jr., 76, of Buckhannon, WV, passed away July 23, 2019, at his residence under the care of WV Hospice. David was born in Camp Wheelers, GA, on March 11, 1943, to David Marple Cartwright and Mary Louise Horner Cartwright, both of which preceded him in death. He is survived by his wife of 55 years, Karen Post Cartwright, daughter, Kelley Cartwright Tierney and her husband Steve, of Buckhannon; a son, Dr. William (Bill) Cartwright and his wife Kelley Nolte Cartwright, and children, Oliver and Lucy Cartwright, all of Parkersburg, WV. He is also survived by a brother, Greg Cartwright and wife Lynn of Grafton, WV and a sister, Susan Cartwright Dietrich of Broken Arrow, OK. Graduating Buckhannon-Upshur High School in 1961, he was named a National Merit Scholarship Finalist, the first finalist from BUHS. He was one of two WV high school graduates invited to attend the National Science Symposium at Clemson University in 1960. David continued his education at WV University and WV Wesleyan College. Retiring from New York Life Insurance Company in 2016, David represented the Company for 45 years as an agent. He earned numerous company and industry awards including Agent of the Year, President’s Council and was a life member of the Million Dollar Round Table. He achieved the designations of Chartered Life Underwriter (CLU), Chartered Financial Consultant (ChFC) and Life Underwriting Training Council Fellow (LUTCF) during his career. David was the charter President of North Central WV Association of Life Underwriters and served the WV state association in the same position. David was an active member of the First United Methodist Church in Buckhannon until the time of his passing. He served the Church as Administrative Board Chair, Staff Parish Chair, and was a member of the Finance Committee. He also was First United Methodist’s Local Lay Leader, Wesleyan District Lay Leader and served as chairman of District Trustees. In addition, David had been an Equalization Delegate to the WV Annual Conference for many years. He also served on the District Committee on Ordained Ministry. David served as President of the WV Strawberry Festival from 1970 – 74 and continued as a Board Member for many years. He was a Life Member of the Upshur County Historical Society and the Hackers Creek Pioneer Descendants. David enjoyed antiquing and genealogy. Poling-St. Clair Funeral Home is in charge of cremation. A Memorial Service honoring David will be held at First United Methodist Church, Sunday July 28th at 2 PM. The family wishes to extend their gratitude to WV Hospice for their loving care and the doctors and nurses at the WVU Mary Randolph Babb Cancer Center. In lieu of flowers memorial donations may be made to First United Methodist Church Trustee Improvement Fund, 52 South Florida Street, Buckhannon, WV 26201 or WV Hospice, 6 Hartman Plaza, Buckhannon, WV 26201. Online condolences may be made to the family at www.polingstclair.com. Poling-St. Clair Funeral Home is in charge of the arrangements.

Share Your Memory of
David
Upload Your Memory View All Memories
Be the first to upload a memory!