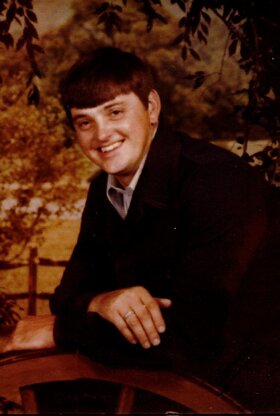 Please share a memory of Carl to include in a keepsake book for family and friends.
View Tribute Book

Carl E. Tenney, age 75, of Buckhannon, WV, died Monday, January 23, 2023, at WVU Medicine St. Joseph’s Hospital in Buckhannon. He was born December 30, 1947, in Hemlock, WV, a son of the late Simon D. and Mary L. Ford Tenney. He is survived by one son, Roger L. Tenney of Fairmont, WV; one grandson, Graham Tenney of Goldsboro, NC; one sister Rosalie Stanton of Buckhannon and two brothers, Ted Tenney of Ellamore and Michael K. Tenney of Buckhannon. In addition to his parents, he was preceded in death by one son, Jeremy Tenney and one daughter Carla Marie Tenney. In honoring Carl’s wishes he will be cremated. In lieu of flowers donations may be made to the Hemlock Community, Mt. Olive Cemetery, 67 High School Ave., Buckhannon, WV 26201. Online condolences may be made to the family at www.polingstclair.com. Poling-St. Clair Funeral Home is in charge of the arrangements.

A Memorial Tree was planted for Carl
We are deeply sorry for your loss ~ the staff at Poling - St. Clair Funeral Home & Crematory
Join in honoring their life - plant a memorial tree
Online Memory & Photo Sharing Event
Online Event
About this Event