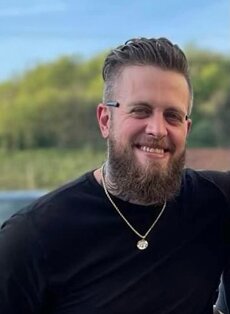 Please share a memory of Thomas to include in a keepsake book for family and friends.
View Tribute Book

Thomas Nathan Denney, age 35, of Buckhannon, WV, died Friday, January 6, 2023, at the WVU Medicine St. Joseph’s Hospital in Buckhannon. He was born July 16, 1987, in Nashville, TN, a son of Lowell Denney and Rita Burleson Alexander both of Morristown, TN. In addition to his parents, he is survived by one daughter, Madilyn Rebekah Denney of Buckhannon; one brother, Jerry Scott, Jr. and wife Stephanie of Buckhannon; the love of his life, Jaimee Channell of Buckhannon; one uncle, Scott Denney and wife Cloris of Hendersonville, TN; one aunt, Alana Denney of Kingston Springs, TN, several cousins and many friends. Thomas was a production associate at A. F. Wendling’s Food Service in Buckhannon. He was a graduate of the 180 Center in Buckhannon. Madilyn was the center of Thomas’ world; everything he did revolved around her, and he was the best father. He made family wherever he went and was loved by many. Friends will be received Wednesday, January 11, 2023, from 12 Noon to 1 PM at the Cornerstone Community Church in Tennerton, WV. The funeral service will follow at the church with Doug Spears officiating. In honoring his wishes, Thomas will be cremated after the services. Online condolences may be made to the family at www.polingstclair.com. Poling-St. Clair Funeral Home is in charge of the arrangements.