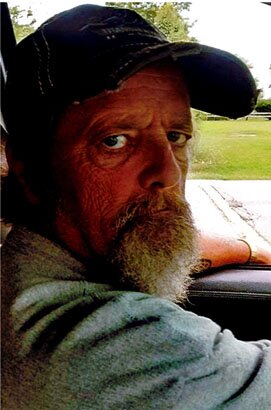 Please share a memory of Patrick to include in a keepsake book for family and friends.
View Tribute Book

Patrick Anthony Wayne Perrine, Sr., age 63, of Clarksburg, WV, died Saturday, December 24, 2022, at the Louis A. Johnson V.A. Medical Center in Clarksburg. He was born June 13, 1959, in Kingwood, WV, a son of the late Delmer Glenn “Jack” and Ida Ellen Barker Perrine. On September 30, 1988, he married Deanna Lorentz who survives. Also surviving are four daughters, Connie Perrine of Weston, WV, Pamela Perrine of Wheeling, WV and Ellen and Matasha Perrine both of Clarksburg; one son, Patrick Perrine, Jr. of French Creek, WV; several grandchildren and great grandchildren; three sisters, Sue Conrad and Lorean Casto and husband Allen all of Weston and Vickie Howard of Clarksburg and one brother, Delmar Glenn “Jack” Perrine, Jr. of Fairmont, WV. In addition to his parents, he was preceded in death by one brother, Jettes Eugene Perrine. Mr. Perrine was a U.S. Veteran and a truck driver. In honoring his wishes, Mr. Perrine will be cremated. Online condolences may be made to the family at www.polingstclair.com. Poling-St. Clair Funeral Home is in charge of the arrangements.

A Memorial Tree was planted for Patrick
We are deeply sorry for your loss ~ the staff at Poling - St. Clair Funeral Home & Crematory
Join in honoring their life - plant a memorial tree
Online Memory & Photo Sharing Event
Online Event
About this Event

Share Your Memory of
Patrick
Upload Your Memory View All Memories
Be the first to upload a memory!
Share A Memory
Plant a Tree