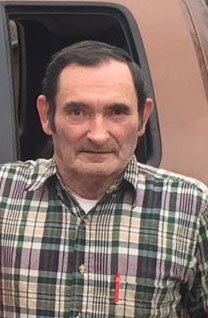 Larry Paul Helmick, age 71, of Weston, WV, died Monday, December 12, 2022, at Stonewall Jackson Memorial Hospital in Weston. He was born June 29, 1951, in Braxton County, WV, a son of the late Ed and Irma Knight Helmick. In addition to his parents, he was preceded in death by his wife, Sue Riffle Helmick; one son, Shannon Helmick; one stepson, Michael Smallwood; one grandson, Darren Goodrich and two sisters, Dorsey Brown and Judy Fincham. He is survived by two sons, Robert Helmick of Springfield, OR and Dave Helmick and wife Nicki of Weston, WV; one daughter, Teresa Bosely of Weston; one step son, Doug Moore and wife Amy of Buckhannon, WV;  one daughter-in-law, Addie Helmick of Buckhannon; and one sister,  Brenda Stewart and husband Paul of Burnsville; one brother-in-law, Jerry Brown of Exchange, WV; grandchildren, Conner and Noah Moore both of Buckhannon, Kristen Smith of TN, Allan Smallwood of AL, Haley Mar and husband Johnathan of Weston, Alexis Kelley and husband Matthew of Clarksburg, WV, Cassandra, Desiree and Elizabeth Helmick all of Buckhannon, Dakota Goodrich of NC, Tiffany Goodrich of Glenville, WV, Adam Brinegar of Morgantown, WV, Madison Brinegar of Martinsburg, WV, Crystal Conrad of Burnsville, WV, Jamie Singleton of Copen, WV and Nic Singleton of Burnsville; several great-grandchildren; and several nieces and nephews. Mr. Helmick served in the U.S. Air Force. He had many interests, but most of all he loved his family dearly.  Therefore, in lieu of flowers,  donations are encouraged to be made to his sister Brenda Stewart who is currently battling cancer,  The address for donations is PO Box 153, Burnsville, WV 26335. A private family memorial service will be held at a later date Online condolences may be made to the family at www.polingstclair.com. Poling-St. Clair Funeral Home is in charge of the arrangements.

A Memorial Tree was planted for Larry
We are deeply sorry for your loss ~ the staff at Poling - St. Clair Funeral Home & Crematory
Join in honoring their life - plant a memorial tree
Online Memory & Photo Sharing Event
Online Event
About this Event