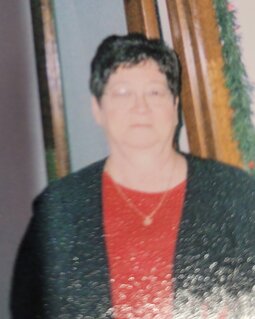 Please share a memory of Bonnie to include in a keepsake book for family and friends.
View Tribute Book

Bonnie Mae Starkey, age 76, of Buckhannon, WV, died Friday, November 25, 2022, at the WVU Medicine United Hospital Center in Bridgeport, WV. She was born March 4, 1946, in Orlando, WV, a daughter of the late Warren and Iva Riffle McCauley. On February 15, 1986, she married Clifton Carroll Starkey, Jr. who preceded her in death on September 23, 2015. In addition to her parents and husband, she was preceded in death by one stepson, Michael Joe Starkey; one step grandson, Brandon Starkey; one great granddaughter, Arianna Starkey; three sisters, Deltha Dean, Donna Skinner and Rosa Lee Graham and two brothers, Marvin and Maynard McCauley. Surviving are one son, Wesley A. Marsh and wife Donna of Buckhannon; one stepdaughter, Lori L. Starkey of OH; one stepson, Brian W. Starkey and wife Florence of Buckhannon; four granddaughters, Judy Hayes and husband Larry of VA, Jodi Hart and Greg Jones, Breanna Marsh and Teagan Marsh and fiancé Nick Miller all of Buckhannon; two grandsons, Wesley E. Marsh and Miranda Hubbard of Belington, WV and Joshua Marsh and wife Kaitlyn of Buckhannon; three step grandsons, Brian Starkey Jr. and wife Stephanie of Buckhannon, Bret Starkey and fiancée Brittany of Belington and Brent Starkey and fiancée Gracie of Clearfield, PA; three step granddaughters, Brianna Starkey and fiancé Joshua Smith of Bridgeport, WV, Dustina Rowan and Brittany Casto both of Buckhannon; 15 great grandchildren and two sisters, Peggy Nicholson and husband Don of Copen, WV and Robin Phillips and husband Benny of Buckhannon. Mrs. Starkey was a member of the Faith Tabernacle in Buckhannon and a seamstress. Friends will be received Monday, November 28, 2022, from 4 to 7 PM at the Poling-St. Clair Funeral Home. A funeral service will be held 11 AM Tuesday at the funeral home with Pastor Brian Sinclair officiating. Burial will follow in the Hampton Cemetery in Hampton, WV. Online condolences may be made to the family at www.polingstclair.com. Poling-St. Clair Funeral Home is in charge of the arrangements.

Share Your Memory of
Bonnie
Upload Your Memory View All Memories
Be the first to upload a memory!
Share A Memory
Plant a Tree