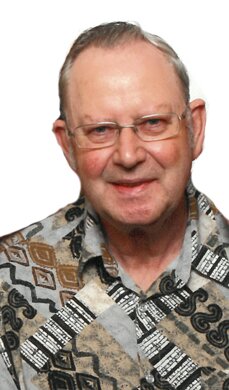 Please share a memory of Ronald to include in a keepsake book for family and friends.
View Tribute Book

Ronald Clayton Davidson, 82, passed away Sunday, November 6, 2022, at his home. He was born in Pickens, WV on February 7, 1940, a son of the late Rev. Vorse D. and Marie Cowger Davidson. On August 21, 1966, he married Nancy Lou Waugh. He is survived by his wife of 56 years and two sons, Clint Waugh Davidson of Buckhannon, WV and Dr. Shae Ronald Davidson and wife Dr. Johanna Hass of Murphsboro IL; one brother, Robert Davidson of Basset, VA; two sisters-in-law, Percilla (Gary) Bailey and Joyce Waugh and other sisters-in-law, nieces, nephews and great-nieces and nephews. In addition to his parents, he was preceded in death by two brothers, Edward and Ralph Davidson and one brother-in-law, Dr. Gary A. Waugh. Ronald was a 1959 graduate of Buckhannon-Upshur High School. In 1962, he entered the Army and served three years as a medical corpsman and operating room technician, receiving an honorable discharge with the rank of Sergeant. He received several commendations including the good conduct medal, safe drive badge and the armed forces expeditionary medal. He worked as an autobody repairman for Lenny Liston and later owned and operated Davidson’s Body Shop. He retired after 19 ½ years from Basil R. Heavner Business. He continued being active in helping others, home projects, and as a custodian at the First Presbyterian Church. Always a serious Christian, he faithfully attended church from his youth, and was currently attending the Mt. Hermon U.M. Church. Among his many interests were collecting and working on tractors, reading and studying the Bible and writing poetry. He was a master woodworker. Ron’s greatest joys were his two sons, Clint and Shae. He was always willing to do for and help others and will be missed by many friends, acquaintances and his family. Friends will be received Thursday, November 10, 2022, from 5 PM to 7 PM at the Poling-St. Clair Funeral Home. A funeral service will be held Friday 11 AM at the funeral home with Rev. Holt Poling officiating. Burial will follow in the Heavner Cemetery in Buckhannon. Online condolences may be made to the family at www.polingstclair.com. Poling-St. Clair Funeral Home is in charge of the arrangements.