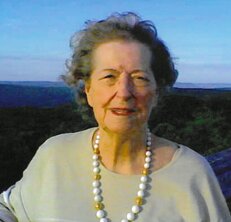 Please share a memory of Wanda to include in a keepsake book for family and friends.
View Tribute Book

Wanda Laverne (Pickens) Bickel, age 98, of Grafton, WV died Sunday, October 2, 2022, at her home. She was born on November 15, 1923, in Wildcat, WV, the second child of the late Leland and Lois Dorthia (Gould) Pickens. On May 14, 1944, she married Joyce Maynard “JM” Bickel, who preceded her in death on April 27, 2007. She is survived by four children, Douglas Bickel of Grafton, WV, Jerald  Bickel and wife, LeAnna of Elkins, WV; one daughter, Julia Robbins and husband Dr. Donald H. Robbins Jr. of Marlette, MI and Darrel Bickel of Grafton, WV; four grandchildren , James Bickel of Elkins, WV, Heather Wells and husband Travis of Pensacola, FL, Angela Stage and husband Chad of Mocksville, NC and Andrew Robbins of Marlette, MI; Four great-grandchildren, Logan Bickel of Elkins, Ella Stage of Mocksville, Brynnly Stage of Mocksville and Charlotte Wells of Pensacola; one brother, James Pickens of Fairmont, WV; one brother-in-law, Perry Bickel and wife Fran of Canton, Ohio and several nieces and nephews. In addition to her parents and spouse, she was preceded in death by two brothers, Loy and William Pickens and three sisters, Oleta Swisher, Maxine Steel and Bertha Burnside and two grandsons, Steven Douglas Bickel and Donald H. Robbins III. Mrs. Bickel was a Methodist by faith and Wanda was a true “Rosie the Riveter” during WWII when she traveled to Akron, Ohio to work in the military factory making parts for aircraft. After the war, Wanda worked as a schoolteacher in a one room country school before she switched to working in the Laboratory at the Hospital in Webster Springs. Mrs. Bickel had a long lifetime career as a Medical Technologist working at hospitals in Webster, Randolph, Upshur, Berkeley and Marion counties.  At the age of 65, Wanda decided to complete a Bachelor of Science Degree and was named the “Student of the Year” at Fairmont State University. Wanda was a very creative and intelligent person who would tackle any sewing, upholstery or home-improvement project with enthusiasm. She was truly a “Grand Lady” who was a very caring and loving person who will be greatly missed by all who knew her. Friends will be received Sunday, October 9, 2022, from 12 (noon) to 1:00 PM at the Poling-St. Clair Funeral Home with Pastor David Jesse officiating. Burial will follow in the McCutchen Chapel Cemetery at Ireland, WV. Online condolences can be made to the family at www.polingstclair.com. Poling-St Clair Funeral Home is in charge of the arrangements.

Share Your Memory of
Wanda
Upload Your Memory View All Memories
Be the first to upload a memory!
Share A Memory
Plant a Tree