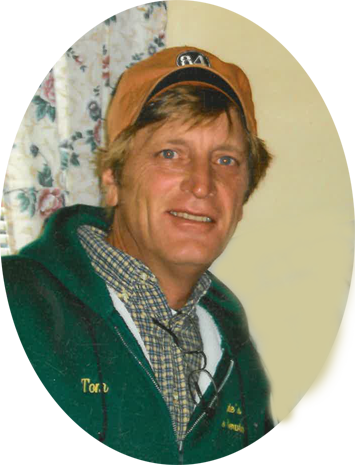 Please share a memory of Thomas to include in a keepsake book for family and friends.
View Tribute Book

Thomas Snow Gillespie, age 70 or 17 1/2, depending on how you count, passed away in his home on September 9, 2022. A son of Lowell Gillespie, deceased, and Marietta Snow Gillespie, Tom was born on February 29, 1952, in Buckhannon. On December 31, 1971, Tom wed the love of his life, Brenda Sue Tenney, whom he often jokingly accused of robbing the cradle since he'd had so few "real" birthdays due to his being a Leap Day baby. In addition to his wife, Tom is survived by his daughter, Rhonda Hollen, who knows Tom hung the moon, her husband Cody, whom Tom deemed the only man good enough for his only daughter, and their two children, Hayden and Sidney, both of whom he adored ferociously. He is also survived by two sisters, Rosetta Kelley and husband Ed of Beverly, and Barbara Jent and husband Larry of Fredericksburg, Va.; one brother, Matthew Gillespie and wife Rena of Buckhannon; one sister-in-law, Opal Gillespie, also of Buckhannon; and many nieces and nephews. Tom was preceded in death by his big brother, hero, friend and partner-in-crime, Steve Gillespie, of Buckhannon. Tom was many things to many people: a builder of homes, an artisan and craftsman, the comic relief, a practical joker, a believer in redemption and second (or third) chances, a landshark, an instigator, a destroyer of lunchboxes, a coconspirator, a legendary bullshitter, a brawler, a music lover, a home Jeopardy champion, a keeper of random and arcane knowledge, a fixer of broken things (cars, appliances, houses, toys, relationships, people and everything in between), a husband, father, grandfather, brother, uncle, friend. He could melt the coldest of hearts and put a smile on the grumpiest of faces. He laughed a lot, and it was impossible not to join in. He told the most convincing tall tales, and even people who knew him most of his life sometimes had trouble determining the truth. He leaves behind an extended network of friends and family who always knew love in his presence, and a whole bunch of stuff his wife and daughter have no idea what to do with. We have honored Tom’s wishes for cremation and a celebration of life will be held at a later date. In lieu of flowers, please make a donation of your favorite Big Tom Gillespie stories to his family members, as we would like to preserve his inspirations, successes and misdeeds as a cautionary tale (or a maybe an instruction manual) for future generations. Online condolences may be made to the family at www.polingstclair.com. Poling-St. Clair Funeral Home is in charge of the arrangements.

A Memorial Tree was planted for Thomas
We are deeply sorry for your loss ~ the staff at Poling - St. Clair Funeral Home & Crematory
Join in honoring their life - plant a memorial tree
Online Memory & Photo Sharing Event
Online Event
About this Event