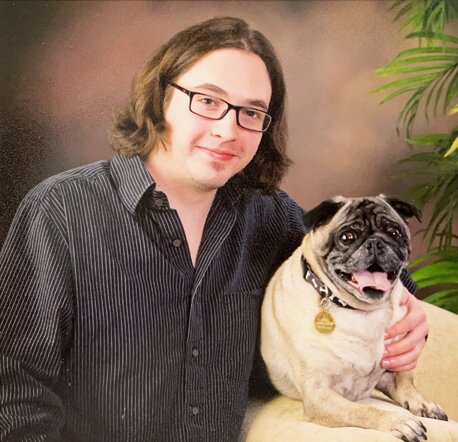 Please share a memory of Jason to include in a keepsake book for family and friends.
View Tribute Book

Jason Alvin Sorcan, age 37, of Buckhannon, WV, passed away at his home on Friday, September 9, 2022. He was born in Canonsburg, PA, a son of Rita Elaine Kennedy Sorcan who survives of Buckhannon and the late Alvin Lee Sorcan. In addition to his mother, he is survived by three aunts, Annette Baldauf and husband Bob of Gibsonia, PA, Mary Grace Jakubowski and husband Stanley of Blairsville, PA and Elizabeth Shriver of Buckhannon. Jason had many cousins that meant so much to him and numerous friends. In addition to his father, he was preceded in death by his paternal grandparents, Valentine and Sophie Sorcan; maternal grandmother, Rita Kennedy and two uncles, Valjean Sorcan and Richard Kennedy. Jason attended the Upshur County Schools and was employed at the family business, Hydrocarbon Well Service, Inc. until it was sold in 2013. Jason was a renaissance man. He found interest in many areas. He was a kind and caring soul, always thinking of others. “He gave me 37 years of joy and I will carry those memories forever”. A special thank you goes out to WVU Home Health and Hospice Services. Also, a thank you to my neighbors and friends for all their help during his sickness. Thank you to Tom and Donna Humpheys for standing by us throughout Jason’s sickness. In lieu of flowers contributions can be made to the scholarship fund at Union Elementary School and the Upshur County Humane Society.  Online condolences may be made to the family at www.polingstclair.com. Poling-St. Clair Funeral Home is in charge of the arrangements.

A Memorial Tree was planted for Jason
We are deeply sorry for your loss ~ the staff at Poling - St. Clair Funeral Home & Crematory
Join in honoring their life - plant a memorial tree
Online Memory & Photo Sharing Event
Online Event
About this Event

Share Your Memory of
Jason
Upload Your Memory View All Memories
Be the first to upload a memory!
Share A Memory
Plant a Tree