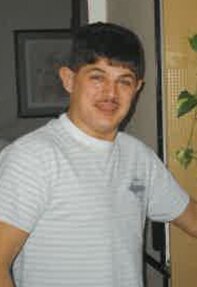 Robert Darryl Winneberger went home to be with Jesus on September 1, 2022. Robert was born in August of 1971 and grew up in Buckhannon, WV with his three siblings. Robert graduated from Buckhannon-Upshur High School in 1990, where he later joined the U.S. Army and went on to serve in Germany in 1992. After the military, Robert used his knowledge to pursue a career in the Oil and Gas Industry. He took a job as a heavy equipment operator for Universal Well Services. Robert is survived by many life-long friends as well as his two sons, Richard Winneberger and Charity Mayle and Trevor Winneberger; mother, Barbara A. Weaver; three sisters, Melissa A. Winneberger-Barnett and husband Teddy, Brook Weaver-Bullock and Bobbi Jo Winneberger; two brothers, Ronnie L. Winneberger and Samuel Weaver; three grandchildren, Kadeen J. Edwards, Lillian, and Isabella Winneberger; five nieces and nephews, Tiffany and Sonja Bowen, Samantha and Stephanie Weaver, James Perednas III and Ernest Weaver IV. Robert reunites with his late father, Ernest Weaver II and his eldest son, Nathaniel Winneberger at the feet of Jesus. In his free time, Robert enjoyed fishing, watching his sons play football and being snuggled up on the couch watching the Hallmark Channel. He will be dearly missed by many. Friends will be received Sunday, September 11, 2022, from 12 Noon to 2 PM at the Poling-St. Clair Funeral Home. A funeral service will follow at 2PM at the funeral home with Pastor Jerry Murrell officiating. The Upshur County Honor Guard will conduct Military Honors. In honoring his wishes, Mr. Winneberger will be cremated after the services. In lieu of flowers contributions may be made to the funeral home to help with funeral expenses. Online condolences may be made to the family at www.polingstclair.com. Poling-St. Clair Funeral Home is in charge of the arrangements.