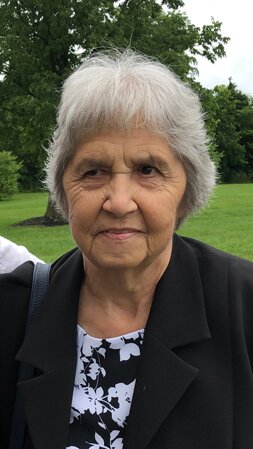 Please share a memory of Martha to include in a keepsake book for family and friends.
View Tribute Book

Martha “Jean” Kegley, age 83, Of Buckhannon, WV passed away peacefully on Sunday, September 4, 2022. She was born in Buckhannon on December 17, 1938, a daughter of the late Acy Ray and Kathryn Brown McClain. In addition to her parents, Jean was preceded in death by her husband, Lewis Kegley, Jr.; companion, Theodore “Ted” Zickefoose and three brothers, William “Jack” McClain, Gordon “Buck” McClain and James “Jim” McClain. She is survived by five children, Connie Tenney and husband Bill, Larry Johns and Jerry McClain all of Buckhannon, Ronald McClain of Puyallup, WA and John McClain and wife Misty of Elizabethtown, KY; three granddaughters, Angela McClain of Puyallup, Allison Nelson and husband Matthew of Vine Grove, KY and Erica McClain of Bowling Green, KY and a close cousin, Larry Cunningham and wife Becky of Century, WV. Jean will be laid to rest in Center Chapel Church Cemetery in French Creek, WV, during a graveside service on Saturday, September 10, 2022, at 2 PM with the Rev. Wease Day officiating. In lieu of flowers, the family requests that donations be made to the Upshur County Humane Society in her honor. Online condolences maybe made to the family at www.polingstclair.com. Poling-St. Clair Funeral Home is in charge of the arrangements.

Share Your Memory of
Martha
Upload Your Memory View All Memories
Be the first to upload a memory!
Share A Memory
Plant a Tree