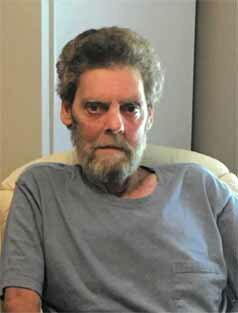 Robert Lane Lantz, age 71, of Ellamore, WV died Wednesday, August 31, 2022, at his home. He was born May 13, 1951, in Ellamore, the son of the late George Dillworth and Nellie Davis Lantz. On April 17, 1977, he married Janet George who survives of Ellamore. Also surviving are daughter, Holly Lantz and husband Mark of Ellamore; two grandsons, Riley Pennington of Ellamore and Chandler Pennington and Hannah of Morgantown, WV; one great-grandson, Liam Lane Pennington of Morgantown; six siblings, Ronald Lee Lantz and wife Mary of KY, Regina May Tenney of Buckhannon, Eileen Malcolm and husband Ron of Volga, Marlene Young and husband John of Ellamore, Eugene Lantz of Ellamore, and Remona Zickefoose and husband Ted of Buckhannon and several nieces and nephews. In addition to his parents, he was preceded in death by his son, Erin Pennington; five siblings, Margie Kelley, Caroline Helmick, Bradford Lantz, Charles Leo Lantz and Arthelia Ann Norman and his beloved dog, Gretchen. Mr. Lantz was an electrician, drove truck and was a Methodist by faith. He enjoyed watching nascar, was an outdoorsman who loved to hunt and loved visiting with friends and family. In honoring Mr. Lantz’s wishes, he will be cremated. A graveside service will be held Saturday, September 10, 2022, 2 PM at Mt. Union Church Cemetery. Online condolences may be made to the family at www.polingstclair.com. Poling-St. Clair Funeral Home is in charge of the arrangements.