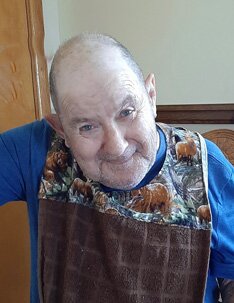 Obituary of James Atha Haddix, I

Please share a memory of James to include in a keepsake book for family and friends.
View Tribute Book

James (Jim) Atha Haddix, I, age 88, a resident of Buckhannon, WV, Audra Park Community, died Saturday, August 27, 2022, at United Hospital Center in Bridgeport, WV. He was born May 19, 1934, at his home in Hall, WV, the son of the late Atha Thomas and Agnes Clara Smith Haddix. He was united in marriage to the former Taresa Fallen who survives. Also surviving are two sons, James (Jim) Atha Haddix II, (Anne) Ronald Haddix; one daughter , Joanne Stokes all of Scranton, PA; one step son, Keven Kniceley and wife Barbara of Charleston, SC; four brothers, Robert (Sylvia) Haddix, Gerlad (Wilma Jean) Haddix, Thomas Allen (Peg) Haddix, Randall (Debbie) Haddix all of Buckhannon; sister-in-law, Ginny (Haddix) Shoemaker and her son J.R. Haddix of Elkins, WV; his (nightmare) sister-in-law, Erma Foust of OH; grandsons, Justin, Nathan, Logan, Frank, James A. Haddix, III all of Scranton and Robert Osborne; granddaughter, Nicole Ann Haddix of Scranton; great-grandson, James A. Haddix, IV; great-granddaughter, Mary Joling Haddix and three sisters, Jean Long of Rock Cave, WV, Dorothy McDaniel of Wallace, WV, Joann Bennett of Buckhannon and special longtime friend, Jim Booth of PA and special friend, Danny O’Brien of Audra Park.  In addition to his0 parents, he was preceded in death by one daughter, Virginia Haddix, one sister, Margaret (Peg) Ester Payne and one brother, Richard Maurice Haddix. Mr. Haddix was a member of the Scottish Rite and the MSJ of Scranton. Jim retired from Western Union Telegram Telegraph. He loved spending his last twenty-five winters in FL. He enjoyed Nascar Races, the Westerns on TV. Jim was the eldest of ten children and served in the U.S. Army. He was a United Methodist by faith. Friends will be received Thursday, September 1, 2022, from 11 AM until 1 PM at the Poling-St. Clair Funeral Home. A funeral service will be held 1 PM at the funeral home with Pastor J. Edward McDaniels officiating. Burial will follow in the Mt. Nebo Church Cemetery in Buckhannon. The Upshur County Honor Guard will conduct Military Honors at the graveside. Online condolences may be made to the family at www.polingstclair.com. Poling-St. Clair Funeral Home is in charge of the arrangements.

Share Your Memory of
James
Upload Your Memory View All Memories
Be the first to upload a memory!
Share A Memory
Plant a Tree