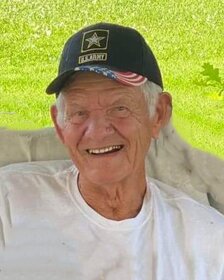 Please share a memory of Joe to include in a keepsake book for family and friends.
View Tribute Book

Joe Warner, Jr., age 76, of Buckhannon, WV, died Wednesday, August 10, 2022, at his home. He was born September 22, 1945, in Buckhannon, a son of the late Joseph and Dollie Elizabeth Morrison Warner. On November 22, 1980, he married Lynn Zickefoose who survives. Also surviving are four sons, Joe Allen Warner and wife Stephanie, Pat, Joshua and Dusty Warner all of Buckhannon; eighteen grandchildren; four great-grandchildren and one sister, Tiny Carr of Buckhannon. In addition to his parents, he was preceded in death by one sister, Sylvia Shrader. Mr. Warner served in the U.S. Army during the Vietnam War. Joe was a member of the Fraternal Order of the Eagles #4357 in Buckhannon where he was past President and Vice President. He was a Heavy Equipment Operator and a Christian by faith. A graveside service will be held 1 PM Friday, August 12, 2022, in the Mt. Lebanon Church Cemetery with the Rev. Tim Lewis and Kenny Lee officiating. The Upshur County Honor Guard will conduct Military Honors at the graveside. Online condolences may be made to the family at www.polingstclair.com. Poling-St. Clair Funeral Home is in charge of the arrangements.

Share Your Memory of
Joe
Upload Your Memory View All Memories
Be the first to upload a memory!
Share A Memory
Plant a Tree