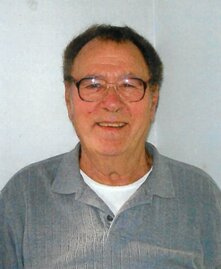 Please share a memory of Ronald to include in a keepsake book for family and friends.
View Tribute Book

Ronald E. Stackpole, age 81, of Buckhannon, WV, died Friday, August 5, 2022, at the St. Joseph’s Hospital Nursing Care Facility in Buckhannon. He was born July 23, 1941, in Clarksburg, WV, a son of the late Lotus Ray and Vada Cain Stackpole. On January 3, 1964, he married Judy M. Zickefoose who survives. Also surviving are one daughter, Judy Ann Channell and husband Arson of Buckhannon; one son, Ronald J. Stackpole and wife Judith A. of Buckhannon; one granddaughter, Whitney Marsh and husband Josh of Jacksons Mill, WV; two grandsons, Ronnie Stackpole and wife Missy of Camden, WV and Dalton Stackpole and wife Becca of Buckhannon; 15 great grandchildren and two sisters, Barbara Ward of Annmore, WV and Darlene Moran of Clarksburg. In addition to his parents, he was preceded in death by one sister, Wilma Cumbridge and 6 brothers, Bill, Curtis, Howard, Donald, Wayne, and Larry Stackpole. Mr. Stackpole was a coal miner for most of his life and worked for Bethlehem Coal Mine (Beth Energy) for 15 years. He went on to work for Wal-Mart and retired in 2004. The family would like to thank Dr. Bartley Brown and the entire staff at St. Joseph’s Nursing Care Facility for taking such great care of Mr. Stackpole for the last 5 months. Friends will be received Tuesday, August 9, 2022, from 11 AM to 1 PM at the Faith Baptist Church in Buckhannon. A funeral service will be held 1 PM Tuesday at the church with Pastor Mark Davis officiating. Burial will follow in the Cutright Chapel Community Cemetery in Queens, WV. Online condolences may be made to the family at www.polingstclair.com. Poling-St. Clair Funeral Home is in charge of the arrangements.