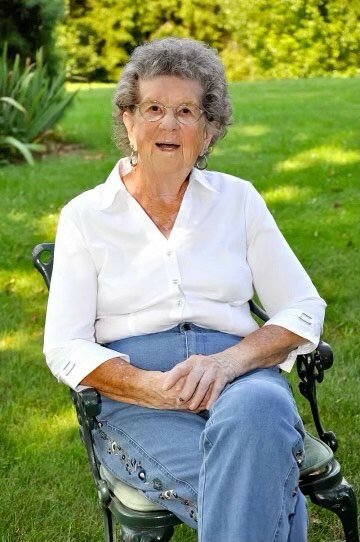 Please share a memory of Mabel to include in a keepsake book for family and friends.
View Tribute Book

Mabel Virginia Casto, Age 96, of Buckhannon, WV, died Wednesday, August 3, 2022, at the Mon Marion Neighborhood Hospital in White Hall, WV. She was born August 30, 1925, in Alexander, WV, a daughter of the late Willis and Lecta Flourence Caynor Hosaflook. In addition to her parents, she was preceded in death by her husband, Philip Kelso Casto on July 26, 1990. She was also preceded in death by one son, Philip Kelso Casto, Jr.; her companion, William Wagner and five brothers and sisters. Surviving are one daughter, Mabel Lee Ann Zannino and Michael Salvio of Clarksburg, WV; one daughter-in-law, Shirly Casto of Buckhannon; three granddaughters, Elyssa Marsland and Devann Hoffman and husband James all of Fairmont, WV and Alexis Edwards of Clarksburg; one grandson, KC Casto, III of Buckhannon; nine great grandchildren; one step granddaughter, Shari Zalaznik and husband Keith of Buckhannon; one step grandson, Eric Rexroad and wife Tracey of Martinsburg, WV; four step great grandchildren and one step great-great grandchild. Mrs. Casto was a Proofreader at Moore Business Forms. In honoring her wishes, Mrs. Casto will be cremated with services at a later date. Online condolences may be made to the family at www.polingstclair.com. Poling-St. Clair Funeral Home is in charge of the arrangements.

Share Your Memory of
Mabel
Upload Your Memory View All Memories
Be the first to upload a memory!
Share A Memory
Plant a Tree