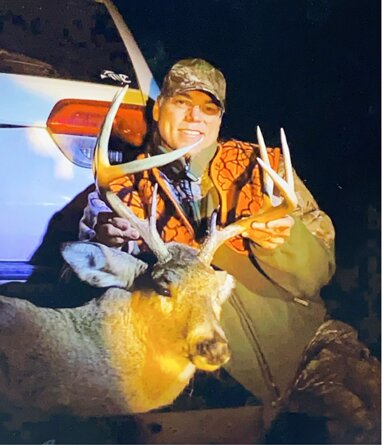 Terry Lynn Williams, age 57, of Buckhannon, WV, died Sunday, July 3, 2022, at the WVU Medicine St. Joseph’s Hospital in Buckhannon. He was born January 22, 1965, in Buckhannon, a son of the late Charles Williams and Edna Lorena Skinner Maxwell. On June 21, 2003, he married Sarah Darlene Perine who survives. He is survived by one son, Benjamin M. Williams of WV; one step daughter, Melissa Hamilton and husband John of Tallmansville, WV; one step son, Joseph Edward Carpenter and wife Christina of Buckhannon; one grandson, Donovan Crites of Buckhannon; four step granddaughters, Savanah Talbott and husband Dustin of Hodgesville, WV, Trinity Hamilton of Tallmansville, Mariah Smith of Philippi, WV and Sydney Smith of Buckhannon; three step grandsons, Dylan Smith and Logan and Levi Carpenter all of Buckhannon; two step great granddaughters, Rylan Morris and one on the way; one sister, April Bailey and husband Anthony of Jimtown, WV; one nephew, Cody Golden and wife Kammie of Philippi; one niece, Jessica Golden and boyfriend Kenny of Chicago, IL and special niece and nephew, Zoey and Braxton. In addition to his parents, he was proceeded in death by one infant step granddaughter, Brooke Hamilton; maternal grandparents, Frank and Nina Skinner and his beloved cat, Marvin. Terry was a Christian by faith and attended the Calvary Baptist Church in Buckhannon. He graduated from Glenville State University with a degree in Forestry. With his Forestry Degree he helped in the Oil & Gas industry for several years. Terry went on to start his own business, “Finishing Touches and Woodworking”, where he was a painter and wood worker. He was an avid hunter, fisherman and outdoorsman. Friends will be received Friday, July 8, 2022, from 11 AM to 1 PM at the Poling-St. Clair Funeral Home. A funeral service will be held 1 PM Friday with Pastor Michael Tallman officiating and Pastor Gary Bealle as co-officiant. Burial will follow in the Reed Cemetery in Tallmansville, WV. In lieu of flowers, contributions may be made to the funeral home to help with funeral expenses. Online condolences may be made to the family at www.polingstclair.com. Poling-St. Clair Funeral Home is in charge of the arrangements.