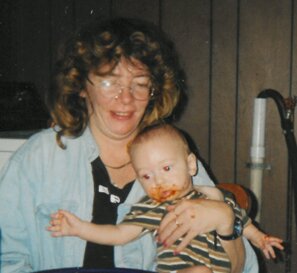 Marie Ann Conley, age 55, of Buckhannon, WV died Friday, June 17, 2022, at J.W. Ruby Memorial Hospital in Morgantown, WV. She was born May 13, 1967, in Upshur County, WV, a daughter of the late Ronnie Allen and Anneta Lynn Deuley Landis. She is survived by her husband, Ronnie Conley of Buckhannon; eight children, Garrett Shreve (Conley) of Buckhannon, Erin Shreve of Morgantown, Kyle Shreve and wife Melloney Vance of Elkins, WV Zachary Shreve and wife Brandi of Fairmont, WV, Jeremy Shreve and wife Ashley of Preston County, WV, Alyssa Shreve of PA, Hunter Shreve of Buckhannon and Bryce Shreve and wife Casey of Morgantown, WV; one daughter-in-law, Marissa Schoonver of Elkins; two brothers, Robert Landis and Sue Taylor and Ronnie Landis, Jr. all of Buckhannon; two sisters, Annett Herron and Joel and Loretta Landis all of Buckhannon and several grandchildren, nieces and nephews. Mrs. Conley was a homemaker and attended Cutright Chapel and Ten Mile Baptist Church. She loved spending time with family and friends, camping, playing horseshoes and gambling. Friends will be received Thursday, June 23, 2022, from 11 AM to 1 PM at the Poling-St. Clair Funeral Home. A funeral service will be held at 1 PM at the funeral home with the Rev. Wease Day officiating. Burial will follow in the Deuley Family Cemetery in Vegan, WV. In lieu of flowers donations may be made to the funeral home to assist with funeral expenses. Online condolences may be made to the family at www.polingstclair.com. Poling-St. Clair Funeral Home is in charge of the arrangements.

Share Your Memory of
Marie
Upload Your Memory View All Memories
Be the first to upload a memory!
Share A Memory
Plant a Tree