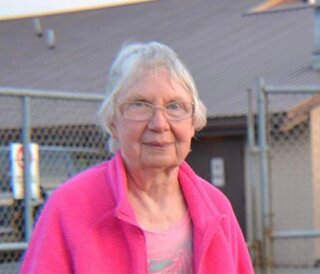 Obituary of A. Marie Buckner

Please share a memory of A. to include in a keepsake book for family and friends.
View Tribute Book

A. Marie Buckner of Buckhannon, WV died Friday morning, June 17th, at the age of 79 at the Serenity Care Home in Buckhannon. She had been bravely battling Parkinsonism for several years. Known to her many friends and family as Marie, she was the daughter of Clifford and Anna Walls, who both preceded her in death by many years. Marie was born in April 1943, grew up in Upshur County and later moved to Dayton, Ohio where she married Jack Buckner, who also predeceased her. They were much loved by their children, Benjamin, and Teresa. In Ohio, she developed an interest in helping the mentally challenged and continued working in that field after moving to Phoenix, Arizona, where she retired from the AFH Perry Center before moving back to Buckhannon. Her passions included reading, genealogy, visiting with and calling her siblings, and spending time with her cats who liked rides on her walker.  She was a member of the Upshur Historical Society. Marie is survived by two children Benjamin Buckner of Irvine, California, and Teresa (Alvin) Cutright of French Creek, WV as well as grandchildren Julia, Ethan, and Owen Cutright, Taillefer Buckner, and Kelcy Ellingford; siblings Carl Walls of Kettering, OH, Patty Cratty of Carlsbad, CA, Mary Bennett, and Terry (Janice) Cain of French Creek, and several much-loved nieces, nephews, and cousins. She was also preceded in death by sister-in-law Helen Walls and brother-in-law Charles Bennett. In accordance with her wishes, her remains will be cremated. A Memorial Graveside Service will be held, 2 PM on Sunday, August 14, 2022, at the Indian Camp Cemetery, in French Creek, WV. A gathering of remembrance will be held at the Indian Camp Normal, immediately following the graveside service. Her family would like to express their gratitude to the staff of Serenity Care Home for easing her final days, and to the residents whom she considered friends. Online condolences may be made to the family at www.polingstclair.com. Poling-St. Clair Funeral Home is in charge of the arrangements.

Share Your Memory of
A.
Upload Your Memory View All Memories
Be the first to upload a memory!
Share A Memory
Plant a Tree