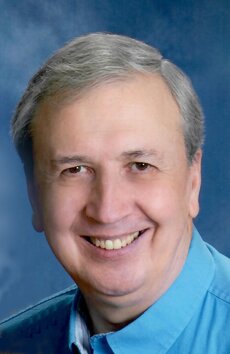 Charles “Chuck” James Meese passed from this earth on May 11, 2022 at his home, surrounded by family. He was born on July 14, 1941 in Westernport, Maryland to Martha Thyerl Ayers and John Evan Meese, both of whom preceded him in death. He was also preceded in death by his brother, Harry Evan Meese; his niece, Martha Louise Meese; his nephew, Timothy Joseph Baxa; and his son-in-law Thomas Glover. Charles leaves behind his wife of nearly 40 years, Brenda “Carol” Baxa Meese. He is also survived by his children: Diana Lynn Cooper and husband, Tony Cooper of Shepherdstown, WV; Joyce Elaine Turner and husband, Bruce Turner of Robesonia, PA; Elizabeth Ann Glover of Waco, GA; Scott Allen Meese and wife, Alicia Roman Meese of Alpharetta, GA; and Laura Jeanne Meese and partner, Deives Collins of Buckhannon; and Eric Bee of Buckhannon. His surviving grandchildren and great grandchildren are Jessica Ashley and children Cameron Dorsey and Jasper Ashley; Tara Ashley and son, Xander Hackney; Jennifer Drake-Croft and husband, Justin Croft, and Holden; Rebecca Drake-Free and husband, Curtis Free and Matthew; Connor Meese; and Giuliana Meese. Additionally, Charles is survived by brother-in-law, David Baxa, sisters-in-law, Barbara Baxa and Darlene Meese. Surviving also are several nieces and nephews: Michael Meese, Mark Meese, Greg Meese, Melissa Meese Frameli and their families; Caraline Baxa, Alexander (AJ) Thrasher, Vivian Roth, and Ethan Roth. For several years, Chuck was a host father to several special young adults and foreign exchange students who survive. Charles was born and raised in Allegany County, Maryland where he attended Valley High School and graduated from Bruce High School.  He was a member of the soccer and basketball teams, choir, band and drama, Maryland All State Choir, 4-H, and Boy Scouts where he received many awards including swimming, life-saving, and Eagle Scout. Upon graduating from high school, he received the History Award and pursued his education at Frostburg State University where he majored in history and secondary education. A few years later, he attended Morgan State University where he received his Master’s degree in History. Chuck taught school in Baltimore County for his first four years, and then in Harford County where he taught AP History and introduced a law course as a student elective.  He served as department head at Bel Air Senior High School until his retirement in 1990 after suffering a stroke. During his time in Harford County, Chuck served as a Boy Scout leader, soccer coach, and advisor for the chess club. He was an advocate for teachers and civil rights; and, he was a life time member of the National Education Association (NEA) and Maryland State Teachers Association (MSTA). Additionally, he served as Harford County Education Association (HCEA) President, Vice President, executive board member, assistant Uniserv Rep, leader of the negotiating team, member of the MSTA Board of Directors, and leader of the political action committee (HCEA & MSTA). Chuck loved to discuss history, politics, civil rights and teacher rights and was always up for a debate with anyone who was willing. He enjoyed hunting with his son and grandson, camping with his family, reading books, and watching movies. Above all, he dearly loved his family. He was a member of the Barton United Methodist Church in Barton, MD and Chapel Hill United Methodist Church in Buckhannon, WV. Upon his death, Charles donated his body to the Human Gift Registry of West Virginia University. His ashes will be buried at a gravesite service in the Meese-Llewellyn Cemetery in Lonaconing, MD at a future date. The family wishes to express gratitude for donations made to WV Hospice, 21 E. Main Street, Suite 301, Buckhannon, WV 26201, lhcgroup.com; American Parkinson’s Disease Association (APDA) apdaparkinson.org; and Michael J. Fox Foundation for Parkinson’s Research, michaeljfox.org. Online condolences may be made to the family at www.polingstclair.com.

A Memorial Tree was planted for Charles
We are deeply sorry for your loss ~ the staff at Poling - St. Clair Funeral Home & Crematory
Join in honoring their life - plant a memorial tree
Online Memory & Photo Sharing Event
Online Event
About this Event