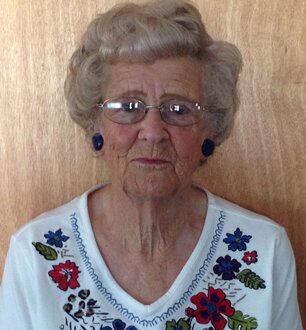 Please share a memory of Mabel to include in a keepsake book for family and friends.
View Tribute Book

Mabel Lee Hupp, age 95, of Buckhannon, WV, died Friday, May 6, 2022, at St. Joseph’s Hospital, in Buckhannon. She was born December 18, 1926, in Buckhannon, a daughter of the late Lyman Edwin and Delphia Loudin Phillips. On July 29, 1950, she married William Nelson Hupp, who preceded her in death on June 16, 2006. In addition to her parents and husband, she was also preceded in death by one brother Raymond Phillips and one sister Virginia Jones. She is survived by two sons, Thomas Hupp and wife Debra of Buckhannon and Terry Hupp and wife Vivian of Williamstown, WV; one daughter LeeAnn Rice of Buckhannon; five grandchildren, Jenna Wayts and husband Junior of French Creek, WV, Jason Rice and wife Kelly of Golden, CO, Nicholas Hupp and wife Laura of ME, Nathan Hupp and wife Amanda of TX, and Jamison Hupp and wife Lynsey of Greensville, SC ,one step granddaughter Tiffany Stanton and husband Dennis of Milton, FL ; seven great-grandchildren and two step great-grandchildren. Mabel was a homemaker, owner and operator of Stonecoal Campground with her husband for many years. She loved being outdoors and working in her flowers; she was a loving, caring mother and grandmother, a hard worker, and was a great cook. She graduated from Buckhannon Upshur High School, class of 1945 and was a member of the First United Methodist Church. Friends will be received, Tuesday, May 10, 2022, from 11 AM to 2 PM at the Poling-St. Clair Funeral Home in Buckhannon. A funeral service will be held at the funeral home at 2 PM with Pastor Ed Lowther officiating. Burial will follow in the Heavner Cemetery in Buckhannon. Online condolences may be made to the family at www.polingstclair.com. Poling-St. Clair Funeral Home is in charge of the arrangements.

Share Your Memory of
Mabel
Upload Your Memory View All Memories
Be the first to upload a memory!
Share A Memory
Plant a Tree