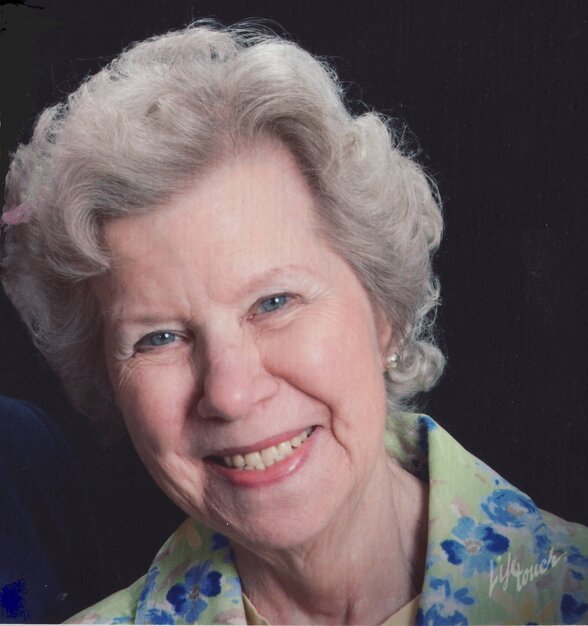 Please share a memory of Leona to include in a keepsake book for family and friends.
View Tribute Book

Leona Rose Goff passed away peacefully at her home on March 31, 2022. She was born in Rowlesburg March 26, 1934, the only daughter of Stephen and Evelyn Moreland Shaffer. She grew up in the Salt Lick area of Terra Alta with three brothers: Eugene, Stephen Jr., and Delano; all of whom preceded her in death. Leona is survived by her loving husband of 69 years, Roy Goff; her sons Stephen (Sirina), and Thomas (Doris); her daughter Rebecca Tonjes (Craig); and many grandchildren, great grandchildren, nieces and nephews. Leona was very involved with First United Methodist Church and Chapel Hill United Methodist Church. She went on several mission trips, and she was so active in United Methodist Women that she was named Woman of the Year at FUMC in 1983. Leona was involved in many community activities as well. She served twice as Worthy Matron of the Buckhannon Chapter of the Order of Eastern Star. Leona was a volunteer EMT on the Buckhannon Emergency Squad, volunteered at St. Joseph's Hospital, and served as President of the Upshur County Democratic Women. Leona loved flowers. She always had beautiful flower gardens at home and was a lifetime member of the Fred Brooks Garden club. Besides serving on many committees, she served as president twice and spearheaded the creation of the Blue Star Veterans’ Memorial in north Buckhannon. She also served as district director for the WV Garden Club. She planned and participated in flower shows and contributed to the community by tending flower beds and baskets all over town. She very much enjoyed attending wildflower pilgrimages. Most notably, Leona was an Armed Forces Service Member Spouse, and she often took on the full responsibility of family while her husband was away on military duty. When her boys were young, she took a turn as a Cub Scout Den Mother. She dedicated herself to raising her family and providing a supportive environment for her children and husband, contributing greatly to their successes. Her hobbies were reading, sewing, painting, ceramics, caring for her pets, and even a brief time in a bowling league. Leona showed compassion for any stray cat or animal that came by, and she often left food out for them and watched over them. Friends will be received Saturday, May 7, 1:30 PM – 2:00 PM at the First United Methodist Church. A memorial service will follow at 2:00 PM with the Rev. Steve Meadows officiating. In lieu of flowers, memorial donations may be made to the Alzheimer’s Association at www.alz.org. Online condolences may be made to the family at www.polingstclair.com. Poling-St. Clair Funeral Home is in charge of the arrangements.

Share Your Memory of
Leona
Upload Your Memory View All Memories
Be the first to upload a memory!
Share A Memory
Plant a Tree