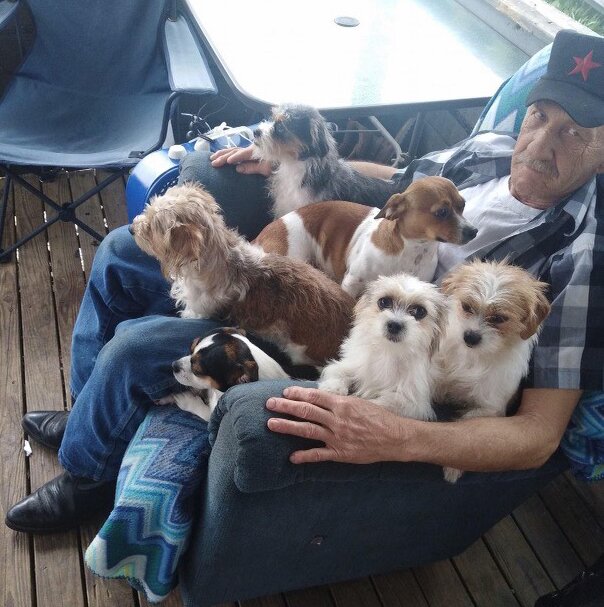 Please share a memory of Ronnie to include in a keepsake book for family and friends.
View Tribute Book

Ronnie Joe Beckner, age 70, of Buckhannon, WV, died Thursday, April 14, 2022, at his home. He was born January 19, 1952, in Buckhannon, a son of the late Robert and Clara Smith Beckner. On August 29, 1972, he married Sheila Hickman Beckner who survives of Buckhannon. In addition to his wife, he is survived by one son, Ronnie Joe Beckner, Jr. and wife Tracy of Fayette County, WV; three daughters, Shannon Carr and fiancé, Carl Perry of Buckhannon, Diana Beckner and fiancé, Tim Tenney of French Creek, WV; Kimberly Beckner and companion Bronson Browning of Buckhannon; three grandsons, Justin Beckner of Buckhannon, Joshua Carr of Tallmansville, WV and Chad Beckner and companion Shakiya Cleavenger of Buckhannon, Brooklyn Tenney of French Creek, Hannah Gregory of Buckhannon and McKinley Tenney of French Creek; two great-grandsons, Hendrix Tankersley of Buckhannon and Tristan Tinney of FL; one great-granddaughter, Emberly Tenney of French Creek; son-in-law, Randy Carr of Tallmansville, WV; special nieces, Vinnie Sprouse of Stonewood, WV and Buanita Thompson of Buckhannon; his beloved fur babies, Lulu, Dixie, Jessie, Daisy and Mystery; two sisters, Anita Beam and husband Jerry of Buckhannon and Diane Thompson of Cleveland, OH; two brothers, Barry Beckner and wife Doris, Randy and Jackie Beckner all of Buckhannon; several nieces and nephews and special friend, Raymond Tenney of Buckhannon. In addition to his parents, he was preceded in death by one grandson, Travis Tinney; two sisters, Jean Wolford and Susan Augustine; three brothers, Buck, Rev. Roger and Jerry Beckner and one brother-in-law, David Thompson. Mr. Beckner was retired and a Baptist by Faith. He loved to mow his yard and sit on his porch swing with his fur babies. Mr. Beckner was a family man who enjoyed large family get togethers. In honoring his wishes, he will be cremated. Online condolences may be made to the family at www.polingstclair.com. Poling-St. Clair Funeral Home is in charge of the arrangements.

A Memorial Tree was planted for Ronnie
We are deeply sorry for your loss ~ the staff at Poling - St. Clair Funeral Home & Crematory
Join in honoring their life - plant a memorial tree
Online Memory & Photo Sharing Event
Online Event
About this Event

Share Your Memory of
Ronnie
Upload Your Memory View All Memories
Be the first to upload a memory!
Share A Memory
Plant a Tree