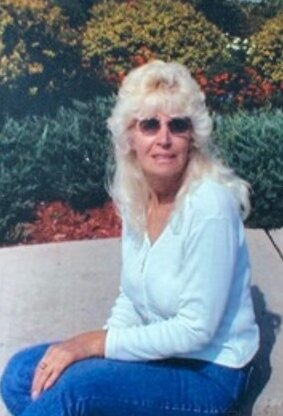 Please share a memory of Virginia to include in a keepsake book for family and friends.
View Tribute Book

Virginia Florene Russell, age 82, of French Creek, WV, died Wednesday, March 23, 2022, at the J.W. Ruby Memorial Hospital in Morgantown, WV. She was born June 2, 1939, in Hemlock, WV, a daughter of the late Harley and Mellie Jane Carpenter Tenney. On January 7, 2009, she married Larry Russell of French Creek who survives. Also surviving are three daughters, Tammy VanGilder and husband Bernard, Joy Mullins and husband Floyd and Jamie Herron and husband Christopher all of French Creek; two sons, Douglas Russell and wife Jenny and James Russell and wife Brittney all of Buckhannon; one daughter-in-law, Kimberly Hinchman of Adrian, WV; two grandchildren, Ernest R. Samples II and wife Liza of Olympia, WA and Jenny Samples and companion Terry Mills of Buckhannon; one great-grandson, Cassius Rae Samples of Olympia, WA; one sister, Phyllis Humphrey of Century, WV; two brothers, Bernard Tenney of Buckhannon and Bill Tenney of Elkins, WV; one sister-in-law, Mildred Tenney of French Creek and several nieces, nephews, great-nieces and nephews and extended family. In addition to her parents, she was preceded in death by her son, Nick Hinchman; two brothers, Paul and Eugene Tenney and one sister, Rita Hinchman. Mrs. Russell was a factory working, a Christian by faith and was a loving wife, mother and grandmother/great-grandmother. Her great-grandson held her heart. Virginia would do anything she could to help anyone in need. Friends will be received Sunday, March 27, 2022, from 11 AM to 1 PM at the Poling-St. Clair Funeral Home. A funeral service will be held at 1 PM at the funeral home with the Rev. Randall Hughes officiating. Burial will follow in the Mt. Olive Cemetery in Hemlock, WV. Online condolences may be made to the family at www.polingstclair.com. Poling-St. Clair Funeral Home is in charge of the arrangements.

Share Your Memory of
Virginia
Upload Your Memory View All Memories
Be the first to upload a memory!
Share A Memory
Plant a Tree