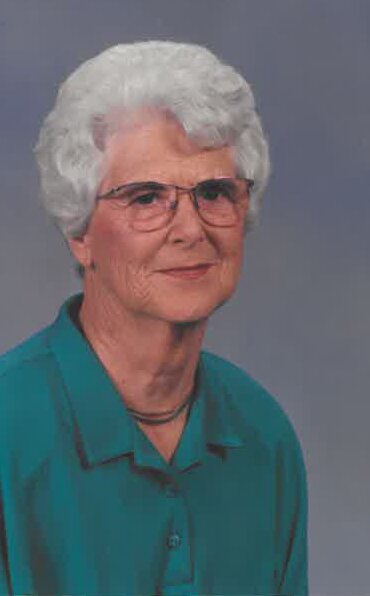 Please share a memory of Juanita to include in a keepsake book for family and friends.
View Tribute Book

Juanita Post, age 99, of Buckhannon, WV, passed away Monday, March 21, 2022, at her residence. She was the daughter of Lloyd and Cosbie Strader Hamner. She was united in marriage to Columbus “Lum” Post who preceded her in death. In addition to her parents and husband, she is also preceded in death by four sisters, Bertha Waugh, Ruth Long, Geneva Arnold and Martha Daniels; three brothers, Henry, Max and French Hamner. She is survived by several nieces and nephews. Juanita belonged to the First United Methodist Church of Buckhannon, the United Methodist Women. She was a graduate from Buckhannon High School class of 1942. She started with the A & P Food, Co. on May 27, 1943, and was a pioneer in self-service meats. She worked in the first self – service meat department in Richmond, VA. Juanita trained girls for meat wrapping in the Philadelphia, Baltimore, Richmond, Scranton and Pittsburgh units of the company. She was a lifetime member of Fred Brooks Garden Club, where she won several awards in flower arrangements. Juanita loved the outdoors, working in her flowers and lawn to hear the birds sing and enjoy the beautiful sunsets. After retiring in 1978, when all the stores closed, she traveled most of the states and many of foreign countries. Friends will be received Wednesday, March 23, 2022, from 11 AM until 12 Noon at the Poling-St. Clair Funeral Home. A funeral service will be held 12 Noon on Wednesday at the funeral home with the Rev. Steven Meadows officiating. In Honoring Juanita’s wishes she will be cremated after the funeral service. In lieu of flowers please donate to a charity of your choice or donate flowers to a Nursing Home. Online condolences may be made to the family at www.polingstclair.com. Poling-St. Clair Funeral Home is in charge of the arrangements.

Share Your Memory of
Juanita
Upload Your Memory View All Memories
Be the first to upload a memory!
Share A Memory
Plant a Tree