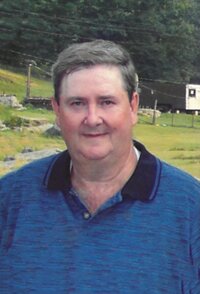 Please share a memory of Kenneth to include in a keepsake book for family and friends.
View Tribute Book

Kenneth Ray Davis, age 68, of Buckhannon, WV, died Wednesday, March 16, 2022, at the St. Joseph’s Hospital in Buckhannon. He was born January 24, 1954, in Buckhannon, a son of the late Artis and Helen Kesling Davis. On June 24, 1976, he married Belinda Cogar who survives. Also surviving are two sons, Kenneth A. Davis and wife Wendie of Buckhannon and Eric Davis and wife Marlana of French Creek, WV; two daughters, Amanda Hamrick and Amanda Posey both of Buckhannon; numerous grandchildren and great grandchildren; two brothers, Alan Davis and Mark Davis and wife Deanna all of Medina, OH and one sister, Roberta Davis of Medina. In addition to his parents, he was preceded in death by one son, Ryan Davis and one brother, Rick Davis. Mr. Davis was a retired security guard for Cramer Security. He was an avid hunter and fisherman. Mr. Davis loved the outdoors and classic cars. In honoring Mr. Davis’ wishes, he will be cremated. Online condolences may be made to the family at www.polingstclair.com. Poling-St. Clair Funeral Home is in charge of the arrangements.

A Memorial Tree was planted for Kenneth
We are deeply sorry for your loss ~ the staff at Poling - St. Clair Funeral Home & Crematory
Join in honoring their life - plant a memorial tree
Online Memory & Photo Sharing Event
Online Event
About this Event

Share Your Memory of
Kenneth
Upload Your Memory View All Memories
Be the first to upload a memory!
Share A Memory
Plant a Tree