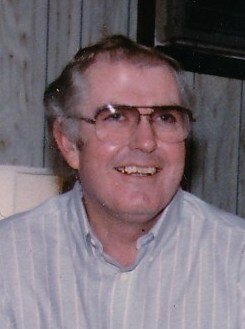 Robert Lee Crumrine, age 86, of Bridgeport, OH, died Wednesday, March 9, 2022, at Liza’s Place, Valley Hospice Care Center in Wheeling, WV. He was born October 29, 1935, in Craigmoor, WV, and grew up in Buckhannon, WV. He was a son of the late Paul E. and Ruth Phillips Crumrine. On November 6, 1955, he married Mary Ellen Gould who preceded him in death on August 8, 2018. In addition to his parents and wife, he was preceded in death by two brothers, James Richard Crumrine and Paul E. Crumrine, Jr.; one sister Pauline Crumrine Alkire; several in- laws, nephews and nieces, including most recently, Karen Alkire Trent, and Carl Crumrine of Buckhannon, and Kenneth Gould of Scotts Depot, WV. He is survived by daughter, Lisa Crumrine Maiello and husband Paul of Philadelphia; close friend and brother-in-law Terry N. Gould of Buckhannon; and many nieces and nephews including Louise Crumrine Seals of Richmond, Virginia, Ginger Gould Iden of Nitro, WV, and Barbara Crumrine Baxa, David Alkire, Danny Gould, and  Beth Crumrine Aegan, all of Buckhannon. Mr. Crumrine was a graduate of Buckhannon Upshur High School class of ‘53 where he was a member of the football team. He served in the U.S. Army as a Supply Handler during the Korean War, and was honorably discharged with a Marksman’s badge and a Good Conduct Medal. Mr. Crumrine began working at a truly young age, on the family dairy farm. He learned to drive a tractor at age 8, working over the summer during the war when labor was in short supply. He briefly attended WVU on a football scholarship before suffering a knee injury. He then went to work in the mines before joining the Mine Safety and Health Administration as a mine inspector. With his experience and knowledge of all aspects of mining, he served at all levels within the MSHA, eventually becoming an Assistant District Manager. He held positions on national committees and provided leadership for disaster and fatal accident investigation teams. He was known to be firm but fair, an excellent manager and extremely popular among employees. He retired in 2000 with a Distinguished Career Award for 30 years Service to the US Department of Labor. Mr. Crumrine was never one to sit still. In addition to his career accomplishments, he was many things throughout life including, little league football coach, hunter, fisherman, golfer, and sports fan - of the Mountaineers and Steelers in particular. He was a member of American Legion, Lion’s Club, Masonic Lodge, Scottish Rite Bodies, Osiris Shriners and Osiris Legion of Honor. He was a devoted husband. Throughout their lives together, Bob and Mary Ellen loved to travel, often together with family and friends. There were annual vacations and weekend camping trips, but also cruises and trips all over North American, the Caribbean, and the Pacific Islands. In retirement, they spent the winter months in Nevada exploring the southwest. They even worked summers at Yellowstone National Park. They were dedicated WVU fans and tailgaters and attended Bowl Games around the country. Once unable to travel far, they visited family and spent time at the Wheeling Downs Race Track where they enjoyed a community of friends and neighbors. Robert Crumrine was a decent, kind, honorable and, it must be said, a handsome, well-dressed man to the very end. No matter what he was facing in his own life, he kept a lighthearted attitude and always had a joke for whoever he encountered. Lastly, he was a loving father and a special uncle to many nieces and nephews, beloved by them and their families. He will be greatly missed but not forgotten. Online condolences may be made to the family at www.polingstclair.com. Poling-St. Clair Funeral Home is in charge of the arrangements.