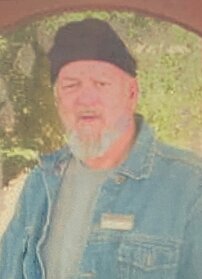 Charles Lloyd, age 77, of Buckhannon, WV, died Saturday, March 5, 2022, at his home. He was born June 13, 1944, in Mill Creek, WV, a son of the late Oren Lester and Thelma Irene Lower Lloyd. He is survived by his wife, Norma Lloyd of Buckhannon; one daughter, Melissa Hallmark of Buckhannon; grandchildren, Riley Williams of Asheville, NC, Bailey Williams of Canadian, OK and Junuh Hallmark of Buckhannon,  Ezella and Arianna Hallmark both of Jonesboro, AR, Cheyanne Steed, Devon Herring, Hope Steed and Alex Steed all of Salem, OH; great-grandchildren, Harper and Nolan Williams both of Canadian, Isabelle and Lillian Flory and Noah Doskocil all of Salem; one step son, Donald Steed of Salem; first wife, Carolyn McKinley of Buckhannon; Several nieces, nephews and cousins; one brother, Oren Lester Lloyd, Jr. and one sister, Martha Mae Channel both of Buckhannon. In addition to his parents, he was preceded in death by three brothers, Bernard Carroll Lloyd, Clyde Wilson Lloyd and Steven Ray Lloyd and one sister, Teresa Mae Lloyd. Mr. Lloyd was a Timber Cutter. He was a member of the Buckhannon Moose Lodge # 598 and The Elks Lodge # 1736. He was a loving father and grandfather, the greatest guy in the world. He will be dearly missed, always in our hearts and never forgotten. Friends will be received Tuesday, March 8, 2022, from 11 AM to 1 PM at the Poling-St. Clair Funeral Home. A funeral service will be held 1 PM Tuesday at the funeral home with the Rev. Junior Harris officiating. Burial will follow in the Pleasant View Church Cemetery in Hodgesville, WV. Online condolences may be made to the family at www.polingstclair.com. Poling-St. Clair Funeral Home is in charge of the arrangements.