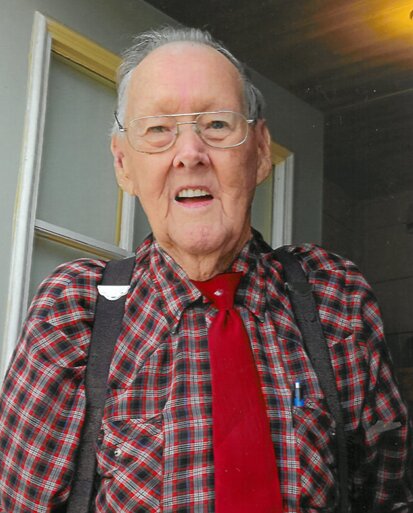 Please share a memory of Lawrence to include in a keepsake book for family and friends.
View Tribute Book

Lawrence Lee Hamner, age 89, of Buckhannon, WV, died Thursday, March 3, 2022, at St. Joseph’s Hospital in Buckhannon. He was born May 22, 1932, in Buckhannon, a son of the late Floyd and Mary Ours Hamner. On August 6, 1951, he married Madie Virginia Black Hamner who preceded him in death on June 4, 2021. In addition to his parents and wife, he was preceded in death by a son-in-law, James Crockett; one sister, Doris Helmick and three brothers, Glen, Donald and Willis Norvell Hamner. He is survived by two daughters, Debra Crockett of Buckhannon and Janet Kirkendoll of OK; three grandsons, Jason and Jeff Reed and Jimmy Embrey; several great-grandchildren and great-great-grandchildren and several nieces and nephews. Mr. Hamner was a Christian by Faith. He had worked for Crumrine Mines and General Motors in OH. Upon returning to Buckhannon, he worked for A.F. Wendling, then drove bus for Upshur County for 17 years, before retiring in 1994. After retiring, he continued working at the Buckhannon Stockyards for several years. At his request, he will be cremated. A memorial service will be held 1 PM Friday, March 11, 2022, in the Elbon Cemetery with the Rev. Wease Day officiating. Online condolences may be made to the family at www.polingstclair.com. Poling-St. Clair Funeral Home is in charge of the arrangements.

Share Your Memory of
Lawrence
Upload Your Memory View All Memories
Be the first to upload a memory!
Share A Memory
Plant a Tree