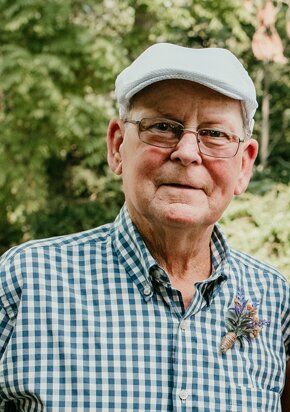 Terry Lee Patterson, age 74, of Buckhannon, WV died Saturday, February 19, 2022, at his home surrounded by his loving family. He was born March 2, 1947, in Clarksburg, WV, a son of the late Wesley and Ruby Edgell Patterson. On May 2, 1965, he married Judy Smith who survives. Also surviving are one son, Jeff Patterson and wife Debbie of Buckhannon; one daughter, Vikki Rovello and husband Rodney of Buckhannon; two granddaughters, Whitney Dean and husband Chris and Ciara Rovello all of Buckhannon; two grandsons, Zachary Patterson and Joshua Rovello and wife Sydney all of Buckhannon; one great-grandson, Bryer Dean of Buckhannon; one great-granddaughter, Bailee Dean of Buckhannon; two brothers, Leanard Patterson and wife Diana of NC and Bill Patterson and wife Linda of Buckhannon; one brother-in-law, David Smith and wife Charlotte of Buckhannon and several nieces, nephews and friends. In addition to his parents, he was preceded in death by his sister, Judy Greene and his parents-in-law, Russell and Veva Smith. Mr. Patterson graduated from Buckhannon-Upshur High School, class of 1965 and retired from High Point Construction. He was a member of the Rocky Ford United Methodist Church where he served as the chairman of the Rocky Ford UMC Trustees and the Vice President of the Rocky Ford Cemetery Association. Terry loved his 1966 Buick and attending car shows. He was a loving husband, father, grandfather, brother, uncle and friend who adored spending time with his family. In honoring, Terry’s wishes, he will be cremated. Friends will be received for a memorial gathering, Saturday, February 26, 2022, from 12 PM noon to 2 PM at the Poling-St. Clair Funeral Home. A memorial service will be held at 2 PM at the funeral home. A private burial service will take place at a later date. In lieu of flowers donations may be made in his honor to the Rocky Ford Cemetery Association, 4037 Brushy Fork Road, Buckhannon, WV 26201. Online condolences may be made to the family at www.polingstclair.com. Poling-St. Clair Funeral Home is in charge of the arrangements.

If you are unable to attend Terry’s memorial service, you can watch virtually by visiting Poling-St. Clair Funeral Home’s website. On the day of the service, the recording will be located on Terry’s tribute page below his obituary.