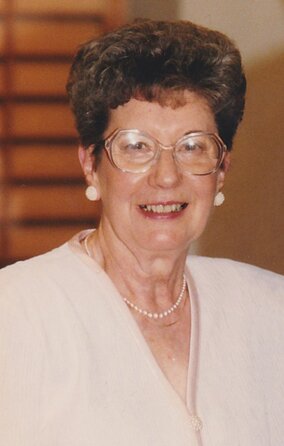 Please share a memory of Ruth to include in a keepsake book for family and friends.
View Tribute Book

Mrs. Ruth I. Wharton passed away peacefully on February 8, 2022 at St. Joseph’s Hospital in Buckhannon, West Virginia.  Mrs. Wharton was born on September 10, 1925 in Marietta, Ohio to Guy and Edith Beardmore.  She was preceded in death by her loving husband, Robert L. Wharton.  She is survived by her daughter, Lisa Wharton of Buckhannon, West Virginia; “other daughter” Monica Reynolds of Burgettstown, Pennsylvania; sister Mary Wharton and William Wharton of Marietta, Ohio; Nephews, Jim McKee of Zanesville, Ohio; Craig Wharton of Crownsville, Maryland; Paul Wharton of Coppell, Texas; Keith Wharton of Hollister, California and Jim Wharton of Miami, Florida and Nieces Marilee Walker of El Cajon, California and Sherry Arnoth of Santee, California.  She is also survived by many great nieces and nephews including Tracy Thomas of St. Petersburg, Florida; Jeff Thomas of Arcadia, Florida; Ricki Markle of Port Charlotte, Florida; Rex Thomas of Daytona Beach, Florida; Mike Huck of Marietta, Ohio; Cindy Pyles of Columbus, Ohio; Jay Huck of Marietta, Ohio and Joey Huck of Marietta, Ohio. Mrs. Wharton earned a degree at Mountain State College in Parkersburg, West Virginia and worked at Marietta College prior to moving with her husband to Burgettstown, Pennsylvania where they raised their daughter.  She was very involved with the Girl Scouts and was extremely proud of the girls in those troops.  She was an avid reader, animal lover, and proud Steelers fan, who enjoyed the theater and watching Jeopardy.  Upon moving to Buckhannon, she and her husband raised many llamas on their farm.  She was a member of the Order of the Eastern Star Marietta Chapter 59.  She was a dedicated Christian growing up in the Sixth and Washington Church of Christ in Marietta and was a member of the Buckhannon Church of Christ in West Virginia.  She always had a smile on her face and offered help to many. Friends will be received for a memorial gathering, Tuesday, February 15, 2022 from 4 pm to 7 pm, followed by a memorial service at 7 pm at the Poling-St. Clair Funeral Home with David Hawkins officiating.  A service will also be held on Friday, March 4, 2022 at 11 am at the Hadley Funeral Home in Marietta, Ohio followed by a graveside service at the Lower Salem Cemetery with Roger Rush officiating. In lieu of flowers, donations may be made to the Buckhannon Church of Christ, P. O. Box 304, Buckhannon, WV  26201. Online condolences may be made to the family at www.polingstclair.com. Poling-St. Clair Funeral Home is in charge of the arrangements.

Share Your Memory of
Ruth
Upload Your Memory View All Memories
Be the first to upload a memory!
Share A Memory
Plant a Tree