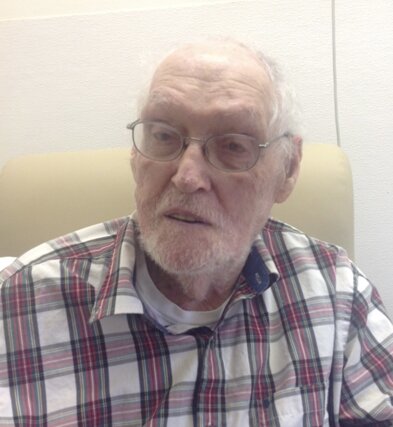 William Vaughn Swisher, age 99, of Buckhannon, WV, died Sunday, January 16, 2022, at St. Joseph’s NCF in Buckhannon. He was born June 27, 1922, in Weston, WV, a son of the late James Goodloe and Stella Post Swisher. On May 6, 1940, he married Madge E. Waldeck Swisher who preceded him in death on December 1, 1997. In addition to his parents and wife, he was preceded in death by one infant daughter; four sisters, Ruby Swisher Queen, Virginia Swisher Morrison, Marjorie Swisher and Cathern Swisher and four brothers, Robert, Post, Paul and James H. Swisher. He is survived by one daughter, Judith Brake and husband Tom of Hebron, MD; one grandson, Jeffrey M. Brake and wife Tiffany of Newark, DE; two great-grandsons, Nathaniel and Daniel both of Newark and numerous nieces and nephews. Mr. Swisher was a retired lead lineman for Monongahela Power Co. He served in the U.S. Army during WWII as an MP in occupied Japan. In lieu of flowers contributions may be made to the Mountaineer Food Bank in Gassaway, WV – 484 Enterprise Drive, Gassaway, WV 26624. In Honoring Mr. Swisher’s wishes he will be cremated and there will be no services. Online condolences may be made to the family at www.polingstclair.com. Poling-St. Clair Funeral Home is in charge of the arrangements.

A Memorial Tree was planted for William
We are deeply sorry for your loss ~ the staff at Poling - St. Clair Funeral Home & Crematory
Join in honoring their life - plant a memorial tree