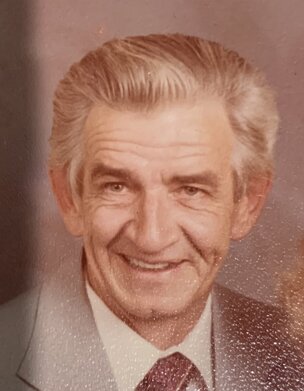 Please share a memory of Howard to include in a keepsake book for family and friends.
View Tribute Book

Howard James Queen, born October 25, 1930, in Rock Cave West Virginia passed away peacefully January 7, 2022. Howard was 91 years old. He was preceded in death by his beloved wife of 50 years Marsha Queen, parents Herman and Wanna Queen, his children Marlene, Cindy, Kenneth, Roger and Hazel; his sisters Gnellia Jeffers, Dorothy Layfield and his brother John Queen. Howard is survived by his two sons Howard Junior and Eric, his sister Dreama, grandchildren Terrance, Kristina, Dustin, Devon, Emily, Tara, Nick, and Keesha. Along with many nieces, nephews, and three great-grandchildren. Howard was a LEGEND in rock cave but a HERO to his family. He was known for his unmistakable laugh and genuine kind soul. He was a genius with a natural ability to repair, fabricate or build anything put in front of him. Both the army and NASA benefitted from his inventive talents. He was a jack of all trades but a master of all. He took joy in mentoring and teaching anyone that wanted to learn. He had a soft heart for everyone in need including animals. His home served as a safety net for some and a comfort zone for all. We will miss his laugh, smile, positive energy, cigarettes in front pocket, storytelling and the irreplaceable feeling of peace while in his presence. Rest in peace Dad, Uncle Buzz, and Papa. You will never leave our hearts. ❤️ In honoring Mr. Queen’s wishes, he will be cremated. Online condolences may be made to the family at www.polingstclair.com. Poling-St. Clair Funeral Home is in charge of the arrangements.

A Memorial Tree was planted for Howard
We are deeply sorry for your loss ~ the staff at Poling - St. Clair Funeral Home & Crematory
Join in honoring their life - plant a memorial tree
Online Memory & Photo Sharing Event
Online Event
About this Event

Share Your Memory of
Howard
Upload Your Memory View All Memories
Be the first to upload a memory!
Share A Memory
Plant a Tree