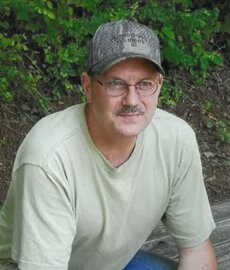 Please share a memory of Matthew to include in a keepsake book for family and friends.
View Tribute Book

Matthew Ray Alderman, age 55, of Buckhannon, WV, died Wednesday, January 5, 2022, at the United Hospital Center in Bridgeport, WV. He was born May 5, 1966, in Buckhannon, a son of the late James and Ada Lofton Alderman. On August 12, 1989, he married Melissa Moreland, who survives. Also surviving are one daughter, Brianna Bailey of Buckhannon; three sons, Joshua, Thomas, and Bryton Alderman all of Buckhannon; two granddaughters, Destiny and Alexis Bailey both of Buckhannon; two grandsons, Matthew and Jeremiah Bailey both of Buckhannon; one brother, Charles Alderman of Buckhannon; and one sister, Dawn Alderman of Buckhannon. Mr. Alderman served in the United States Marine Corps during Desert Storm. He was a Barber and a Christian by Faith. Friends will be received, Monday January 10, 2022, from 5 PM to 8 PM at the Poling-St. Clair Funeral Home. A funeral service will be held 11 AM Tuesday at the funeral home, with Rev. J. Edward McDaniels officiating. Burial will follow in the Heavner Cemetery in Buckhannon, where the Upshur County Honor Guard will conduct Military Honors. Online condolences may be made to the family at www.polingstclair.com. Poling-St. Clair Funeral Home is in charge of the arrangements.

Share Your Memory of
Matthew
Upload Your Memory View All Memories
Be the first to upload a memory!
Share A Memory
Plant a Tree