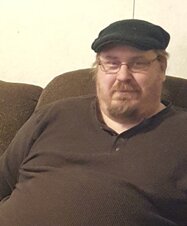 Please share a memory of Douglas "Doug" to include in a keepsake book for family and friends.
View Tribute Book

Douglas “Doug” Allen Vaughan, age 52, of Buckhannon, WV, left this world on Saturday, December 25, 2021. Doug was a son of the late Glen R. Vaughan and Irene Vaughan Kuyper. Doug was proceeded in death by his parents, grandparents and many aunts and uncles. Left to carry on his memory are his wife, Melissa Vaughan and daughters, Courtney Vaughan of Clarksburg, Shelby Vaughan and Amber Goodin both of Buckhannon. He will be remembered by his sister, Dawnna Gregory and husband Daniel and brother, Dennis Vaughan and wife Becca. Several nieces and nephews will fondly remember Uncle “Duck”. Doug graduated from Buckhannon Upshur High School with the Class of ‘87. After graduation he joined the United States Air Force. In later years Doug did a little bit of everything. He loved spending time with his family, playing his games and cooking. Doug always had a love for the water. He could be found sitting on the bank of the river with a fishing pole in his hand. A Celebration of Life will be planned at a later date. Online condolences may be made to the family at www.polingstclair.com. Poling-St. Clair Funeral Home is in charge of the arrangements.

A Memorial Tree was planted for Douglas "Doug"
We are deeply sorry for your loss ~ the staff at Poling - St. Clair Funeral Home & Crematory
Join in honoring their life - plant a memorial tree

Share Your Memory of
Douglas "Doug"
Upload Your Memory View All Memories
Be the first to upload a memory!
Share A Memory
Plant a Tree