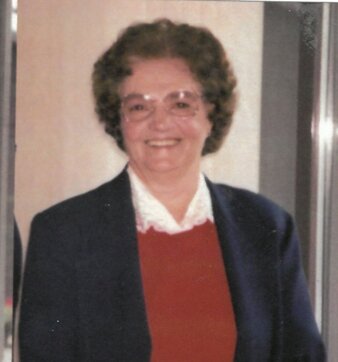 Mary L. Tenney, age 91, passed away at her home on Tuesday, December 21, 2021. She was born November 9, 1930, in Adolph, WV, a daughter of the late Patrick F. and Hilda V. Light Ford. She married Simon D. Tenney who preceded her in death on February 25, 1998. She is survived by daughter, Rosalie; sons, Carl, Jerry (Ted) and Michael; grandsons, Roger, Kevin, Curtis, and Craig; great-grandson, Graham; one brother; four half-brothers and several nieces and nephews. In addition to her parents and husband she was preceded in death by her granddaughter, Carla; grandson, Jeremy; two brothers and one half-brother. Mrs. Tenney attended Mt. Olive United Methodist Church in Hemlock and retired from the Upshur County Board of Education. In honoring Mrs. Tenney’s wishes, she will be cremated. In lieu of flowers, donations may be made in her memory to the Mt. Olive Cemetery at Hemlock or Lanham Cemetery Fund. Online condolences may be made to the family at www.polingstclair.com. Poling-St. Clair Funeral Home is in charge of the arrangements.

A Memorial Tree was planted for Mary
We are deeply sorry for your loss ~ the staff at Poling - St. Clair Funeral Home & Crematory
Join in honoring their life - plant a memorial tree