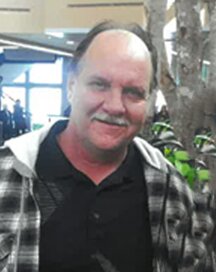 *The family requests everyone wear a mask while inside the building*

Larry Campbell, age 60, of Carrollton, OH, died Thursday, December 16, 2021, in Aultman Hospital in Canton, OH. He was born February 15, 1961, in Buckhannon, WV, a son of Martin Campbell of Buckhannon and the late Ruth Poling Campbell. On February 9, 1983, he married Sharon Kay Shreve Campbell and they shared 27 years of marriage before preceding him in death. In addition to his father, he is survived by two daughters, Shawna (Rena) Moff and fiancé (Brad) of Louisville, OH and Alicia Boley and husband (Nick) of Akron, OH; girlfriend, Linda Lanham of Carrollton; two step sons, JJ Nitz and wife Stacey of OH and Ryan Burbank and wife Elizabeth; six grandchildren, Katie and Derrick Moff both of Louisville, Kenneth Campbell, Vincent and Savana Lewis and Auston Boley all of Akron; several step grandchildren; several nieces and nephews; one brother, Dorsey Campbell and wife Anita of Buckhannon, WV; one sister, Nancy Nottingham  and husband Andy of Weston, WV; one brother-in-law, Kyle Dean of VA; two sisters-in-law, Patti Edwards of Belington, WV and Peggy McCowan of VA and a special family friend Mary Davis of MD. In addition to his mother and wife, he was preceded in death by one stepson, Kenneth Shreve. Mr. Campbell was a dry waller in construction. Friends will be received Wednesday, December 29, 2021, from 11 AM until 1 PM at the Poling-St. Clair Funeral Home. A funeral service will be held 1 PM on Wednesday at the funeral home with the Rev. Tim Lewis officiating. Burial will follow in the Kesling Mill Cemetery in Kesling Mill, WV. Online condolences may be made to the family at www.polingstclair.com. Poling-St. Clair Funeral Home is in charge of the arrangements.