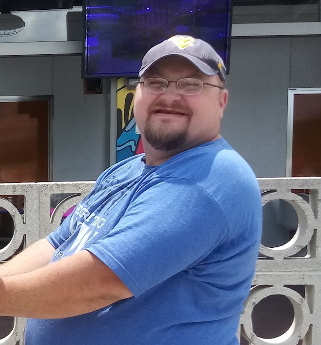 Please share a memory of Justin to include in a keepsake book for family and friends.
View Tribute Book

Justin Lee Smith, age 37, passed away unexpectedly on September 29, 2021, at the Salem Health and Rehabilitation Center in Salem, VA. He was born January 30, 1984, in Buckhannon, WV, a son of Charles Ray Smith and Teresa Grace Russell, step-dad Paul Russell and step-mom Melissa Smith all of Buckhannon. In addition to his parents, he is survived by his maternal grandparents, Carl W. and Lee Bennett of Buckhannon; one sister, Jessica Phipps and one half-sister Brandie Hindman both of Buckhannon; three half-brothers Allen Smith and companion Cindy Fitzgerald, Michael and wife Leeann Smith all of Virginia, and Cameron Smith of Buckhannon; one aunt, Tina Bennett of Florida; two uncles, Jeff Bennett and Howard Smith and wife Sandy of Buckhannon; three nephews, Aiden and Tucker Phipps and Conner Smith all of Buckhannon. He was preceded in death by his paternal grandparents, Howard Smith and Ethel Chipps, and Aunt Nellie Golden.  Mr. Smith was a truck driver and loved playing video games. In honoring Mr. Smith’s wishes, he will be cremated. Online condolences may be made to the family at www.polingstclair.com.

A Memorial Tree was planted for Justin
We are deeply sorry for your loss ~ the staff at Poling - St. Clair Funeral Home & Crematory
Join in honoring their life - plant a memorial tree

Share Your Memory of
Justin
Upload Your Memory View All Memories
Be the first to upload a memory!
Share A Memory
Plant a Tree