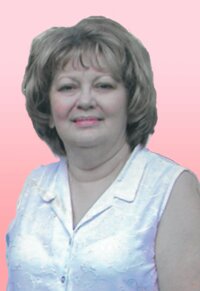 Please share a memory of Cheryl to include in a keepsake book for family and friends.
View Tribute Book

Cheryl Susan Post, age 70, of Buckhannon, WV, died Wednesday, September 22, 2021, at J.W. Ruby Memorial Hospital in Morgantown, WV. She was born February 15, 1951, in Mansfield, OH, a daughter of the late Bland and Tressie Strader Raikes. On December 26, 1972, she married Kevin Post who survives. She is also survived by one son, Kelvin Post of Buckhannon; one daughter, Ieshya Claypool of Buckhannon; two grandsons, Ashton Post and Damien Claypool both of Buckhannon; one granddaughter, Mishka Claypool of Buckhannon; one brother, Roger Raikes and wife Rose of Rock Cave, WV and one sister, Robin Chidester and husband Dale. After graduating high school, Mrs. Post took a job as a nurse’s aide at St. Joseph’s Hospital in Buckhannon. After marriage she decided to become a homemaker and raise her children. She loved nature, the family pets and especially spending time with her grandchildren, who were the joy of her life. Mrs. Post was also a member of the Kingdom Hall Jehovah’s Witnesses.  Friends will be received for a memorial gathering Friday, October 1, 2021, from 4 PM to 5 PM at the Poling-St. Clair Funeral Home. A memorial service will be held 5 PM at the funeral home. Online condolences may be made to the family at www.polingstclair.com. Poling-St. Clair Funeral Home is in charge of the arrangements.

Share Your Memory of
Cheryl
Upload Your Memory View All Memories
Be the first to upload a memory!
Share A Memory
Plant a Tree